Debates are frequent surrounding the legitimacy of baby boomer life advice and the struggle of the millennial, but public policy analysts say there’s another demographic facing a struggle right now: the “sandwich” generation.

The term represents a group in the state and country that are caught in the middle, raising young children, but also acting as caregivers for older family members. This accounts for about 43.5 million people in the United States, according to a survey by the AARP Public Policy Institute and the National Council for Caregiving.

With that group growing, advocates for paid family leave in Ohio say state and nationwide programs are needed more than ever.

“At some point, everybody in their life is going to need paid family leave,” said Erin Ryan, policy analyst and managing director of the Ohio Women’s Public Policy Network for the think tank Innovation Ohio. “You should not be forced to … choose between caring for yourself and a loved one or continuing to earn a paycheck and having job security.”

The United States is the only industrialized nation without a country-wide paid leave program, and only 10 states have passed their own paid leave standards. Four other states, including Ohio, have proposals waiting for review.

Paid Leave In the U.S.

A sponsor of the most recent bill in Ohio to establish a paid leave program is state Rep. Janine Boyd, D-Cleveland Heights. For Boyd, the issue hits home, as she is currently out on leave to spend time with her newly adopted son. She spoke to the importance of having the time off in her announcement that she would be taking maternity leave.

“…It is vital that I take this irreplaceable time to bond and build a familial and chemical connection with our new baby,” Boyd said in a statement. “Our attachment as mother and son will directly influence his social-emotional development for years to come.”

Boyd introduced a bill in February, along with Rep. Kristin Boggs, D-Columbus, which would allow Ohioans to be paid for the time they would already be taking as part of the federal Family Medical Leave Act. The FMLA program provides leave, but does not compensate the worker for it.

A 2018 bill in the Ohio House, also sponsored by Boyd and Boggs, died after being assigned to the Community and Family Advancement committee, which is no longer listed on the legislature’s website as a standing committee. A spokesperson for Boggs said the effort died “because it didn’t have support from across the aisle.”

Similarly, a 2016 paid leave bill introduced by Boyd and then-state Rep. Christie Bryant Kuhns was assigned to the House Committee on Insurance and never moved. That bill had no Republican co-sponsors, with Cleveland.com reporting at the time that “Republicans, who control both chambers, have been hesitant to support paid family leave because they say it would burden employers.”

The 2019 bill was also referred to the insurance committee and has seen no action since March. No opponent testimony was presented since the proposal didn’t move past a first hearing, according to records on the legislation.

Ryan and her colleagues have heard the arguments of opponents about employer burden, but simply say that’s untrue.

“There’s a misconception of it being something that hurts businesses or doesn’t have an actual beneficial impact for businesses, when the opposite is very true,” Ryan said, adding that paid leave programs have been seen to decrease employee turnover and lessen the need for public assistance.

An opinion poll done by the national advocacy group Small Business Majority, in partnership with the Center For American Progress, showed that a majority of small business employers polled support both federal and state paid leave programs. The survey also showed small business owners who were polled didn’t think paid leave would lead to a decline in productivity.

The Family and Medical Leave Act allows up to 12 weeks of unpaid leave per year for childbirth, adoption or foster care placement, care of a family member with a serious illness, or if the employee is unable to work because of a serious health condition. Employees are eligible for FMLA if:

Efforts to change the definition and support levels of a paid leave program have progressed in the nation and the state, Ryan said, but added that what still needs to change is the true definition of what warrants paid leave.

A study done by the Georgetown Law School’s Center on Poverty and Inequality gathered information on paid leave demographics from federal agencies, public policy studies and media sources to compile recommendations on what the country and states need in a paid family leave program. The study was done in partnership with Paid Leave for the United States, a national campaign seeking to get paid leave in the country by 2022.

The report found that only 17 percent of civilian workers have access to paid family leave, and among the lowest-paid workers, 92 percent don’t have access to that leave because of eligibility requirements for FMLA and other programs. Even those with access to the leave could be excluded based on the traditional structures of the model.

“Existing programs often exclude partners in unmarried couples, surrogate parents, and chosen family members, which can be particularly harmful to LGBTQ individuals and people with disabilities,” the report stated.

With societal changes that have led to more men taking family leave or being caregivers, Ryan said the same changes should be made to family leave policy, since the current forms were created in a time when men were considered the primary breadwinners and legislators of policy.

“The reality was they maybe did not see this as an issue that needed to be addressed because they themselves were not facing it,” Ryan said. “But with more women in power within the corporate arena who are seeing this as an issue that they need to address as an employer to help their businesses, I do think that has helped the conversation.” 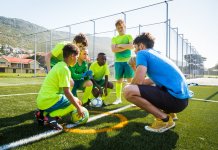 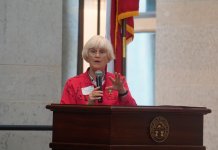 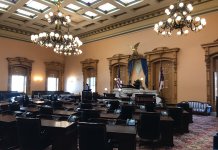 Efforts to curb prevailing wage in Ohio a Republican trend