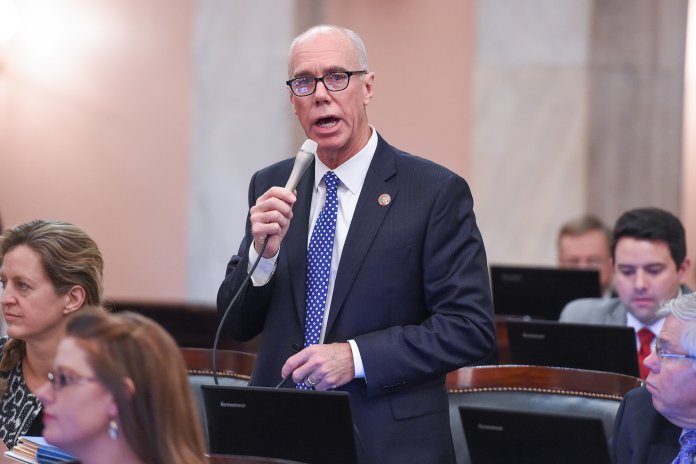 As Ohio teachers speak out against a “Student Religious Liberties Act” that was passed by the Ohio House, the lead sponsor of the bill is calling out “inaccuracies” given about the bill, which he says have been spread by the media and “misinformed individuals on social media.”

House Bill 164 amends certain sections of the Ohio Revised Code to allow religious expression at school to be treated in the same way as secular activities, according to state Rep. Timothy Ginter, R-Salem, primary sponsor of the bill.

Some have said the bill, among other things, would allow students to argue for incorrect answers in academic work based on their religious beliefs.

The president of the Ohio Federation of Teachers (OFT), Melissa Cropper, finds the legislation troubling and “open to misinterpretation.”

A biology and anatomy teacher from Genoa Area High School, Holly Kimpon, said in a release from OFT that the scientific method and scientific conclusions could be overlooked with this bill.

“It’s troubling that legislators are pushing through a bill that could open the door to academic affirmation of non-scientific, incorrect information if it is reflective of a student’s religious beliefs,” said Kimpon, who also serves as president of the Genoa Area Education Association.

Ginter, meanwhile, released a statement in response to what he called “urban myths” surrounding the House bill, denying that students would be allowed to produce inaccurate work.

“Under HB164, a student would still not be allowed to say, ‘my religion tells me that the world was created and is only 6,000 years old, therefore I don’t have to answer this question,’” Ginter wrote. “The student, regardless of their personal beliefs, will be tested and graded on the material in the class.”

The specific bill language in question states no board of education “shall prohibit a student from engaging in religious expression in the completion of homework, artwork, or other written or oral assignments. Assignment grades and scores shall be calculated using ordinary academic standards of substance and relevance, including any legitimate pedagogical concerns, and shall not penalize or reward a student based on the religious content of a student’s work.”

Disruption of the school day also would not be allowed under the bill, Ginter said.

The argument has also been made that the language of the bill merely duplicates rights afforded under the Constitution already.

“Our students’ First Amendment right to free expression of their religious beliefs is already protected. HB 164 is unnecessary and can lead to confusion in our schools,” Kimpon said.

Ginter agrees that rights spotlighted in the bill are a part of students’ constitutional privileges already, but says the law is needed to “remove ambiguity for our schools as to what students can and cannot do in regard to religious expression…”

“Because of the increased pressure on our schools from groups who are biased against Ohio students’ religious freedoms, many school officials are confused and frankly, intimidated by the threat of litigation from these well-funded groups,” Ginter wrote.

No matter what happens with this bill, Cropper said the biggest problem with it is the lack of focus on “bigger issues” for school districts.

“Why is the legislature worrying about this stuff instead of about funding our schools, or fixing our report cards, or making sure teachers have the supplies they need?” Cropper said.

Proponents of the bill included the Ohio Governor’s Office of Faith Based and Community Initiatives, the religious public policy organization Citizens for Community Values and the Better Business Bureau’s National Center for Character Ethics.

The bill has been introduced in the Senate and is awaiting review. 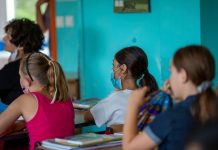