Ohio Gov. Mike DeWine signaled recently that he is open to changing the A-F report card system for public schools and districts in our state.

With state Reps. John Patterson, D-Jefferson, and Robert Cupp, R-Lima, continuing to work toward a constitutional funding model for Ohio’s public schools, now is a good time to reevaluate the report cards system.

Ohio has used onerous standardized testing and report cards to evaluate schools and districts for years, and our school funding model was first declared unconstitutional more than 22 years ago, in 1997.

While school performance and accountability is important, that’s not the purpose of testing. Testing is supposed to be one of many tools teachers use to evaluate their students.

Giving schools and districts F’s doesn’t improve performance. Investing in them does.

Ohio’s report card system has led to a variety of negative consequences, including already-struggling districts losing money and resources, which only furthers their struggles. It also seems to have some fundamental flaws. For instance, recently only four out of 604 school districts in Ohio received straight A’s, according to a release Monday from the Ohio Department of Education.

The department even devotes 32 pages to outlining how the grading system works in a guide on its website. If a system is so arcane as to require a 32-page explanation, something seems wrong.

After former Gov. John Kasich beat Strickland in 2010 and took over as governor, he fulfilled his campaign promise to scuttle the evidence-based model. Ten years later, Ohio still waits on a constitutional school funding model, with Cupp-Patterson our next, best hope.

In the meantime, Ohio’s seen one charter school boondoggle after another, with Ohio taxpayers ripped off by at least $137 million and nearly 12,000 Ohio schoolchildren and their families left in the lurch when Bill Lager’s ECOT scheme crashed and burned last year.

Sadly, American public education was marked as a $500 billion a year opportunity for profiteering some time ago.

In 2011, News Corporation’s Rupert Murdoch suddenly took an interest in public education’s poverty achievement gap. Had the Grinch’s heart grown three sizes that day? No, his eyes did, with big, bulging dollar signs. As Mother Jones reported, Murdoch “said that he sees the American education sector as a $500 billion market that’s largely been untapped by companies like his.”

When I was in fifth grade, my public school teacher read us Edgar Allan Poe and Huckleberry Finn out loud. We learned wood-carving and created our own self-sustaining ecosystems in 2-liter bottles. These are some of the most memorable lessons of my primary education, and today they would be impossible.

Public schoolteachers are so busy teaching to mandatory tests and attempting to meet arbitrary standards that they never have the time for this type of creativity in the classroom. Administrators are so busy meeting evaluation requirements they lose time they could rather spend shaping a thriving school community.

The biggest achievement gap in American education is directly tied to poverty.

We have ample empirical evidence to prove that the way to address the poverty achievement gap is through best practices: early childhood education; a well-rounded school experience including culture, sports, and the arts; extra-curricular activities that give students a sense of purpose; community-minded and community-building schools; cooperative learning. But initiatives like these are the very things money-strapped districts are forced to cut first.

It would seem obvious that the act of educating is an art. It demands creativity, compassion, inspiration, personalization and dedication. It is meant to stimulate a desire in students to be a lifelong learner, a capacity for critical thinking and a reverence for the power of knowledge.

But in Ohio, we are losing our opportunities for these things. The joy of education has been stolen, not only from the students, but also from the teachers.

Public education is not failing. We are failing to appropriately invest in public education. We need to dedicate ourselves to a positive vision of the wonderful resource our school districts can be when we invest in them, when we support them, when we encourage them to be creative and when we give them the opportunity to thrive. 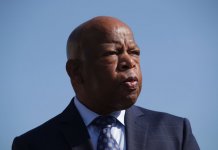 Struggling public schools and districts need our investment, not F’s