A bill seeking to create more transparency in hospital billing was recently brought to an Ohio House Committee for review.

He said the bill would require hospitals to give estimates to patients at least seven days in advance of a procedure. It would also make hospitals list “standard charges” for services on their websites.

The Senate passed the bill in October on a 32-0 vote before being sent to the House Health Committee for consideration.

If passed by the legislature, the bill would take effect Jan. 1, 2021, and would authorize the state director of health to seek legal action against hospitals for “failing to comply with the cost estimate and standard charges list requirements,” according to analysis by the Ohio Legislative Service Commission.

“The cost estimate requirement does not apply if the patient is insured and the health plan issuer fails to supply the necessary information needed to prepare the estimate within 48 hours of the hospital’s request for that information,” the bill’s analysis stated.

The bill would repeal a current law requiring specific healthcare facilities and workers to provide cost estimates. In SB 97, only the hospitals would be required to provide “good faith” estimates. A legal challenge caused the 2015 “Healthcare Price Transparency Law” (House Bill 52) to go unenforced, at least for now.

The Ohio Hospital Association has said consideration of the senate bill already prompted the posting of potential costs on area hospital websites. Facilities such as OhioHealth and The Ohio State University Medical Center have “patient pricing lists” available on their sites.

That estimate would include the amount that the patient would pay for scheduled service, give notice that doctors or other providers may bill separately, notify the patient if there are out-of-network costs involved, and include a disclaimer about the estimate and the web address for the “standard charges list.”

At the House Health Committee meeting last week, Huffman answered questions on the bill and said he hopes the bill will increase the transparency in the healthcare industry.

“Transparency is an essential component for empowering patients to make wise decisions regarding their care,” Huffman said. “As healthcare costs continue to rise and Ohio looks for ways to reduce costs and make meaningful reforms to the industry, we must implement common-sense policies to benefit patients.”

The bill has the support of the Ohio Hospital Association and the Ohio State Medical Association, both of whom gave proponent testimony in the Senate Committee on Health, Human Services and Medicaid in September. It also has bipartisan support from 31 cosponsors, including from state Senate President Larry Obhof. 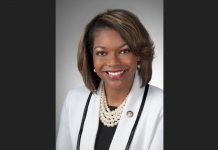