A House Bill introduced during the holiday break would allow judges to run under party affiliation, which the sponsors of the bill say would allow voters to have more information about the candidates.

House Bill 460 would allow judges races to become partisan in a general election, as opposed to the non-partisan ballot which also includes candidates for boards of education and some municipal and township offices.

Co-sponsor state Rep. Stephen Hambley, R-Brunswick, said the decision to propose party affiliation on the ballot for judges came from a perceived need to give voters more information about the candidates.

“Voters have strongly indicated that allowing judicial candidates to identify their party on the ballot would be helpful to them,” Hambley said in a statement about the proposed bill. “I stand with the people of Ohio and have introduced this legislation to ensure that our voters are as informed as possible when they go to cast their vote for judicial candidates. Providing them with more relevant and factual information means that they are more inclined to vote for these important offices.”

Hambley, who introduced the legislation along with state Rep. Michael Skindell, D-Lakewood, cited a 2014 survey on state judicial elections by the Ray C. Bliss Institute of Applied Politics at the University of Akron, which showed that half of voters didn’t vote for judicial candidates. Survey respondents said this was because of a lack of information about the candidates.

The study also found that the most important aspects of a judge to voters was the judge’s professional background, view on crime and view on social issues. Political party affiliation was considered least important on the list of six factors from which survey-takers chose.

The 2014 Ohio Judicial Elections Survey collected answers from 1,067 registered voters, in a survey co-sponsored by the Supreme Court of Ohio, the League of Women Voters of Ohio, the Ohio State Bar Association and the advocacy organization Justice at Stake.

Since the bill was introduced during a break in the legislative session, no hearings have been scheduled. 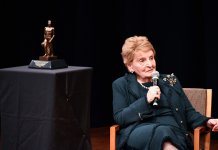 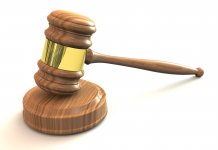