President Donald Trump will face no challenge on the Ohio primary ballot in March, while a dozen Democrats will duke it out to earn some of the state’s delegates.

The Ohio Secretary of State’s Office announced the list of candidates that will appear on the March 17 ballot. Secretary of State Frank LaRose identified filing issues with three candidates: Democrats Andrew Yang and John Delaney, along with Republican Bill Weld.

Yang is instead certified as a write-in candidate, while Delaney and Weld are left off the ballot entirely.

The Democratic delegates are awarded proportionally.

LaRose reported that Yang’s campaign failed to submit a “statement from the candidate stating (Yang’s) intention to run” along with the other required paperwork.

“As Secretary of State, I’m duty-bound to follow the law, and the law is clear,” LaRose said in a statement on Jan. 4, “when Ohioans sign a petition they deserve to know what they’re signing.”

The deadline to file as a write-in candidate was two days later, and Yang successfully did so.

Delaney’s campaign failed to make the ballot in similar fashion: for not including a Declaration of Candidacy with most of the signed petitions, rendering them invalid. Weld had two separate filing paperwork issues that left him off the ballot.

The deadline to register to vote in the primary election is Feb. 18. Early voting begins a day later. Visit www.voteohio.gov to register or find more election information. 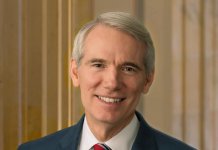 12 Dems certified for Ohio primary ballot, Trump to be unopposed