Darren Taylor will likely spend the next 30 years incarcerated, where he earns $19 per month for prison work. On top of $6,500 in restitution, a judge ordered him to pay $9,000 in court costs and rebuffed a request to waive the court fees.

Now, his attorney is asking the Ohio Supreme Court a question: shouldn’t a judge consider Taylor’s inability — now and in the future — to ever pay down the debt?

The high court heard oral arguments Tuesday on a case tracing back to Taylor’s 2013 conviction on murder and related charges after the botched armed robbery of a pawn shop turned lethal.

Taylor, then 49, was sentenced to 36 years in jail, plus restitution, extradition fees and court costs. He asked the judge to waive the court debt, given his inability to pay it.

Though court costs are generally not punitive in nature, Montgomery County Common Pleas Judge Dennis Adkins rejected the ask, noting Taylor “made the choices” that led to the fees and he “must take responsibility for his conduct, as well as the resulting consequences.”

The case has attracted the attention of civil rights groups that criticized the state’s tendency to impose debts (with up to 3% annual interest) on oftentimes poor Ohioans during their incarceration.

An appellate judge reversed Adkins’ decision in 2018, ruling he abused his discretion in failing to consider whether Taylor could pay the costs. Prosecutors appealed to the state Supreme Court.

Patrick Clark, a public defender representing Taylor, argued the trial judge should have considered Taylor’s inability to pay — now and in the future — following a request to waive the fees. Failure to do so as a matter of practice, he said, adds an unnecessary “barrier to re-entry” when people emerge from incarceration saddled with debt.

“The purpose of imposing [court costs] in most instances is to reimburse taxpayers,” he said to the justices. “Taxpayers cannot be reimbursed by someone who lacks the current and future ability to pay.”

Conversely, Andrew French, a prosecutor representing the state, said Ohio law gives courts the ability to waive or modify fees if they choose to do so — it doesn’t require them to do anything outright.

“There is no provision that would require a trial court, under any particular circumstances, to waive court costs,” he said.

“I really fail to see what is so demanding and what is out of line with the statute when the trial court is ordered to consider his indigency and his current and future ability to pay court costs,” O’Connor said.

In 2013, the legislature passed a law giving trial courts the ability “to waive, suspend, or modify the payment of the costs of prosecution,” but no explicit directive on the grounds for consideration.

While French insisted the lack of a mandate gives the court broad discretion on how to handle fees, Clark argued there’s an implication that a court logically needs to determine one’s ability to pay while considering a waiver.

The NAACP filed a brief to the court supporting Taylor. The group argued not only do court costs impose a “chilling effect” on poor people from invoking their right to a jury trial, but a disproportionate amount of those people will be people of color.

The unpayable court costs, the NAACP said, would “limit access to the tools of post-incarceration social reintegration, like jobs, credit, and housing.”

Elizabeth Bonham, a staff attorney for the ACLU of Ohio, said in an interview this is the third recent instance of prosecutors appealing up to the Supreme Court fighting for their ability to “nickel and dime” poor, incarcerated people.

She said not only is the practice of targeting poor people an impractical means of defraying court costs, it hampers poor people’s rights to trial by jury.

“These people are sitting in prison and jail, the interest is compounding, they can’t pay it.”

Homelessness already a struggle, but curfew could add complications 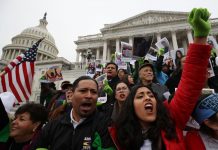 Homelessness already a struggle, but curfew could add complications