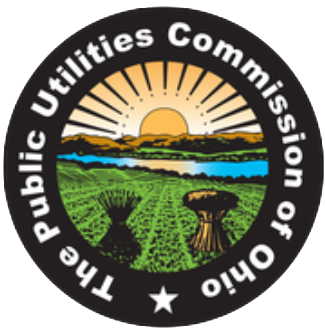 One is a lawyer for a public utility in Northern Michigan. Another is a private consultant who assists utility companies in building solar and wind farms.

There are also IT specialists, a finance manager, a health education specialist, a counselor and even a historian who says he wants the job to pay off personal debts.

Such is the hodgepodge group which applied for the role of commissioner on the Public Utilities Commission of Ohio. There are five commissioners which serve five-year terms, and one of the seats begins a new term in April.

The holder of that seat, Lawrence Friedeman, applied for another term. The Democrat is joined by nine other challengers of varying professional and political backgrounds, all of whom want a chance to regulate public utility services throughout Ohio.

The Capital Journal obtained the applications and resumes of the 10 candidates and will highlight them below.

State law requires that applicants not be currently employed by a public utility company regulated by PUCO. However, the law does not prohibit one from having formerly represented a utility in Ohio, nor does it outlaw currently representing one in another state.

A 12-member PUCO Nominating Council will screen the candidates and conduct interviews on Jan. 23. This Council will then vote to recommend four names be sent to Gov. Mike DeWine, who will make a selection to be lastly confirmed by the Ohio Senate.

The Capital Journal highlighted PUCO and the commissioner selection process in an earlier story available here.

PUCO caps the number of commissioners of any political party at three, so the current make-up allows this seat to be open to any member, though the application still requested candidates’ parties be provided.

Campbell’s experience lies in the technology field. He is currently an IT/maintenance worker for a hotel in Yellow Springs, and previously worked as an independent contractor handling printing equipment for retail companies.

For more than a decade, Campbell worked for NBC’s Olympic Division helping to maintain the tech equipment for the Olympic Games broadcasts.

Campbell, a Republican from Xenia, is a veteran of the U.S. Navy.

Friedeman was first appointed to the PUCO Commission in 2017 to fill an unexpired term. He is now applying for a full 5-year term. While with PUCO, he has been involved with the National Association of Regulatory Utility Commissioners.

In his application, he described his tenure with PUCO “to be extraordinarily rewarding.”

“It is my hope that my time in public service has contributed in some modest measure to the benefit of Ohioans,” he said.

Friedeman, a Democrat, is a resident of Waterville near Toledo.

Hines is also a member of a task force which teaches about these safety laws to “reduce the frequency and magnitude of violations, spills and accidents.” His resume lists extensive training with safety and inspecting.

Hines, a Democrat, is a resident of Columbus.

Rolwing has perhaps the most unique background of the 10 candidates.

For one, he’s a published author and historian. (Sample titles include “Was Frankenstein Really Uncle Sam? Vol. XI” and “Digging up Darwin in Ohio: Without Holding Your Nose.”)

His resume lists degrees in philosophy, theology and religion from a number of schools in the midwest. It mentions being a teacher at numerous schools, including at “Note (sic) Dame Univ.,” but does not list the subjects ⁠— besides noting he once “taught ethics to Lebanon prisoners.”

In terms of his professional experience, Rolwing purports to have plenty: as a credit manager, supermarket co-manager, home goods salesman, insurance agent, financial planner, home flipper and “President of National Institute for the Study of the Declaration of Independence.” A cursory web search for the organization yields no results.

Rolwing claims to have been an “Exec. V.P. of 3 companies” and that one of them “drilled two dozen gas wells in Ohio,” but doesn’t mention the companies’ names.

Why did he apply? Rolwing’s resume provides an answer.

“Reason for Looking: Real estate crash and bad tenants cost me well over 100 grand, leaving me with debts to pay off.”

Rolwing is from Reynoldsburg and did not provide his political affiliation as was asked for.

Over the past few years, he’s worked for various other companies on a number of wind and solar farm projects in Michigan and Wisconsin, leading site investigation, landowner relations, environmental research and other aspects.

“I have been developing new utility scale solar forms (sic) and was instrumental in building some of the largest wind farms East of the Mississippi river,” his cover letter describes.

He has a law degree from the Marshall College of Law with a concentration in real estate and government law.

Russo is from Willoughby and did not provide his political affiliation.

Serraino has an extensive legal career and currently works for the Upper Peninsula Power Company (UPPCO). The application notes UPPCO’s location in Michigan, meaning it is not subject to PUCO regulation. Serraino is the general counsel, corporate secretary and chief compliance/ethics officer for the company.

Other previous workplaces include the Lucas County Auditor’s Office in Toledo, where he also served as general counsel, and the Dean and Fulkerson law firm in Michigan, where he “analyzed and mitigated marketing and antitrust challenges for top-tier auto parts manufacturers and other high-profile clients.”

While a partner at Anspach, Serraino, Meeks & Nunn from 1987 to 2004, he represented CSX Transportation, Whirlpool and other business clients. (PUCO, along with the Ohio Rail Development Commission, regulates and inspects rail grade crossings.) Serraino mentions as an achievement at this firm as having “Prevented application of novel Ohio employer intentional tort law to major manufacturer, eliminating and/or mitigating continuous long-term legal and financial exposures and claims.”

Serraino spent five years as an Ohio Supreme Court-appointed member of the Lawyers’ Fund for Client Protection and was once an assistant professor of social medicine for Ohio University’s College of Osteopathic Medicine.

Serraino, an independent who writes that he has conservative views, is a resident of Holland near Toledo.

Torres is the finance manager for the City of Cincinnati’s IT department. He is responsible for an annual budget totalling $24 million and works on the city’s telecommunications and data networks.

He was previously a Section 8 manager for various housing authorities in Ohio and Virginia.

From 1980 to 2001, he was also a commissioned naval officer and naval aviator for the U.S. Navy/Navy Reserve. He earned a degree from the Naval Academy.

“While I have no direct coursework or significant experiences in natural resources and environmental studies,” Torres writes in his cover letter, “I enjoy long conversations on these matters with my daughter who is a hydro-geologist and works for a Dayton environmental services company.”

Torres, a Republican, is a resident of Loveland.

UmBayemake would, if appointed, likely make history as Ohio’s first PUCO commissioner to have played on a professional women’s football team.

That she did in the early 1970s, her resume mentions, as a defensive left tackle and offensive left guard for the Dare Devils from Cleveland.

In the decades since, she has worked as a library branch manager, a counselor for prison inmates, a dietary technician and an AmeriCorps volunteer.

UmBayemake does not mention having any experience in the energy fields, though she describes having once worked in the planning department in Denton, Texas, where she was “given the opportunity to work with Ross Poirot (sic) and the Hunt Brothers.”

“They appreciated my hard work,” she writes in her cover letter. “The Hunt Brothers invited my family to their ranch, which is rare for them.”

UmBayemake, a resident of Franklin Twp. near Kent, did not provide her political affiliation.

Walton is a longtime consultant with Educational Services Plus, which describes itself as a “professional agency offering services to educational institutions and business organizations.” She administers educational programs, particularly those related to health.

She mentions having “transferable skills … in lieu of the stated areas of expertise,” including business, health promotion, wellness, education and community revitalization.

She has a degree in health services administration from Ursuline College and is involved with several community organizations in Northeast Ohio.

Walton, a Democrat, is a resident of Akron.

Weise has spent the past decade as a lawyer with Lewis Weise LLC out of Cleveland, where he advises private businesses on issues such as property matters, contract preparation, taxation and regulatory compliance.

Before that, he spent years as a tax preparer and as the senior assistant city solicitor in Cincinnati.

His resume also notes four years spent as a corporate attorney with a Dayton law firm, where he “tracked, analyzed and summarized state and federal public utility deregulation laws, regulations and legislative initiatives.”

Weise, a Republican, is a resident of Cleveland.

Meet the candidates vying for an influential utilities commission seat