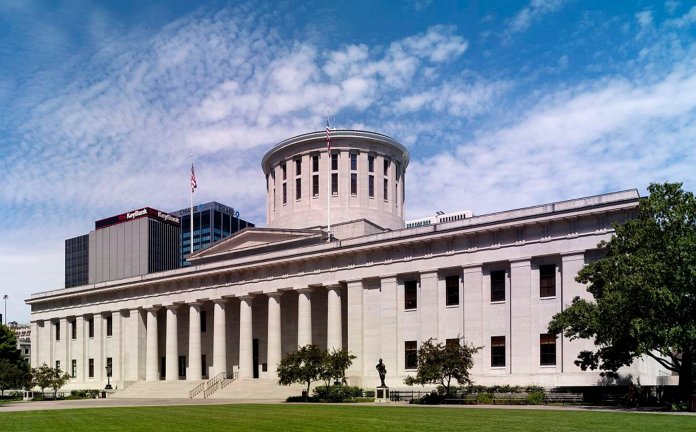 Two Republican legislators have asked their colleagues to support a soon-to-be proposed bill which would eliminate prevailing wage in Ohio.

The impending legislative battle is likely to spark objections from labor unions and put pressure on House Speaker Larry Householder, who reportedly made a commitment to labor groups in his quest for leadership a year ago.

State Reps. Ron Hood of Ashville and Bill Dean of Xenia will soon introduce legislation to end prevailing wage, according to a co-sponsor request sent to House members obtained by the Ohio Capital Journal. Prevailing wage refers to a required wage rate (including benefits) for Ohio laborers who work on publicly-funded projects. The rate varies by location; there are exceptions for small projects and those involving schools.

Prevailing wage has been in effect in Ohio for nearly a century, and it is regarded as a way to ensure that governments and their contractors are paying construction workers a fair rate. Hood and Dean, in their letter to fellow legislators, referred to prevailing wage law as being “onerous and archaic.”

“Undoubtedly,” they wrote, “this will help our fiscally constrained local governments save valuable resources.”

Hood added that a fire chief in his 78th District, which covers multiple counties in Southeast Ohio, once complained to him that prevailing wage made the construction of a fire station more expensive.

“The prevailing wage laws are sometimes the difference between getting a project done and not doing it at all,” Hood writes, though he does not state if that was the case for the unnamed fire department.

Tim Burga, president of the Ohio AFL-CIO, described to the Capital Journal feeling “disappointed, but not terribly surprised” at the attempt to remove the prevailing wage. Burga said the set rate has helped local communities and workers alike by preventing against public projects being artificially undervalued.

“They’re out of touch with their constituents,” Burga said of those who support this effort.

In late 2018 and the early days of 2019, Rep. Householder, R-Glenford, was involved in a political duel for the position of Speaker of the House. He battled Ryan Smith, a fellow Republican from Southeast Ohio, who had been serving as speaker since being appointed to the leadership position in mid-2018.