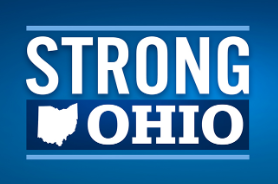 As part of the 2020-2021 biennium budget, the Prisoner Extradition Reimbursement Program was provided $500,000 for law enforcement agencies “that have limited funds to extradite suspects arrested out-of-state or in another jurisdiction on warrants” for high-level felonies like murder, arson, gross sexual imposition and arson.

This would also include warrants for misdemeanors such as domestic violence, according to a press release from the governor’s office.

The Ohio Department of Public Safety’s Office of Criminal Justice Services developed the program after it was found that some felony warrants aren’t entered into the National Crime Information Center (NCIC), a database that allows warrants to be shared nationwide in case an individual is picked up in another state.

A task force was formed to study this problem, despite the fact that Ohio law does not require law enforcement to enter the warrants into national databases, or state databases like the Law Enforcement Automated Data System (LEADS) for that matter.

In a December hearing regarding gun reform laws, specifically a law that would change the background check system for firearms in the state, Preble County Sheriff Mike Simpson was asked about charges such as domestic violence were not being entered by agencies around the state.

Simpson, who is also director-at-large for the Buckeye State Sheriff’s Association’s Board of Directors, said at the time, protocols were different in every county, so entering the data “could be done 88 different ways.”

DeWine said part of his push for updated gun laws in Ohio includes requiring all open warrants be entered into both state and national databases.

A task force brought together by the governor looked at the rates at which offenses were being entered in the state, and found that 17,552 of the total warrants entered into LEADS were for serious crimes like murder and sex crimes. While they were in the state database, 58% were not entered into the national NCIC database.

The grant funding being released can be used for the costs of transporting offenders from another state or part of Ohio, including mileage, personnel, and other travel expenses, according to the announcement of funding.

Senate Bill 221, the bill under which the governor’s proposed mandates are being considered, is currently in the Government Oversight and Reform Committee.

▪ You can publish our graphics and any photos that are credited to Ohio Capital Journal with the stories with which they originally appeared. For any other uses, you must seek permission from us at [email protected]italjournal.com.

Ohio’s fight for LGBTQ+ protections by David Rees May 10, 2022
Lawmakers say they planned to fail on Strauss sex abuse… by Jake Zuckerman October 11, 2021
Bill to criminalize spousal rape in Ohio has no opponents,… by Morgan Trau April 21, 2022