Last Thursday, the Centers for Medicare and Medicaid Services (CMS) announced the deceptively named Healthy Adult Opportunity waiver to allow states to receive Medicaid funding as either an annual aggregate cap (block grant) or per capita cap program instead of continuing to pay states the federal share of Medicaid expenses.

The waiver applies to parts of Medicaid that cover adults under age 65, with few exceptions, including pregnant women, children 19 and older, and kids in foster care.

If Ohio decides to pursue this waiver and the caps on federal funds, it would increase the fiscal liability for the state and lead to loss of federal dollars. Under a block grant, Ohio would get a lump sum from the federal government and then have to cover any remaining Medicaid expenses with state funds.

If the economy hits a recession and more people need help with health care, Ohio wouldn’t necessarily get more money to compensate for the increased Medicaid enrollment. Puerto Rico, which has block grant funding, received no additional Medicaid funding despite the devastation of Hurricane Maria.

In Ohio, the federal funding is guaranteed to cover its percent of costs without a cap, but in return, Ohio must cover certain services and people — for instance, children, pregnant women, and parents with dependent children who meet income criteria. CMS proposes to give states flexibility on coverage and services in exchange for the risky financial change to block grants or per capita caps.

Ohio tax payers would have to find all the money to cover those new costs. If the state could not find the money to fully fund Medicaid when needs and costs increase, it would have to cut the care it covers, the people covered or both. A per capita cap funding scheme would suffer from the same problems.

The CMS proposal violates law on Medicaid funding. The Trump administration does not have jurisdiction to waive Medicaid’s financing structure on a whim, funding changes must be done through Congress.

The funding change in the Healthy Adult Opportunity waiver was previously proposed in Congress when repeal of the ACA was discussed, but the measure was rejected. Any state that pursues this waiver is almost certainly subjecting itself to a lawsuit.

In exchange for states accepting the risk of a lawsuit and increasing health care costs, CMS is offering states what it says is more flexibility in running their Medicaid program. CMS offers states flexibility to eliminate retroactive coverage, increase enrollee cost-sharing, and eliminate presumptive eligibility.

These provisions are in place to protect coverage and assure people get care when they need it. The federal offer of program flexibility is an illusory benefit; CMS is merely offering states the flexibility to cut coverage and benefits for those who depend on Medicaid to access health care. The flexibility would not help achieve higher value care but would instead leave people without care as Medicaid processes their enrollment or as they made cost sharing payments.

Ultimately, the Healthy Adult Opportunity waiver is an offer by the Trump Administration that is neither healthy for Ohio’s fiscal status nor the vulnerable Ohio residents who depend on Medicaid for health care. 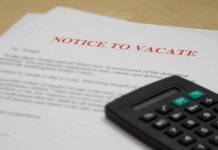 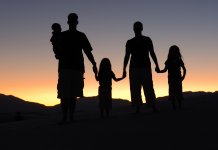