Dozens of Ohio legislators are choosing to spend their donors’ money in the interest of local journalism.

In total, 35 state representatives and senators paid for news subscriptions using campaign funds in 2019, a review from the Ohio Capital Journal has found.

And though the president bemoans the alleged problem of “fake news,” it is actually Republican legislators who are more likely to subscribe to Ohio newspapers using these funds than Democrats.

These news outlets range from the biggest in the state to the smallest of weekly newspapers back in the polticians’ home districts. One state senator also subscribes to the Wall Street Journal, while another state representative pays a little over $5 per month for a digital Apple News subscription.

Rep. Tom Patton, R-Strongsville, subscribed to the Cleveland Plain Dealer and his campaign committee expensed a $25 delivery tip to his newspaper carrier. In one instance, the campaign committee for Rep. Scott Lipps, R-Franklin, paid for an extra stack of papers which reported the news of his swearing-in ceremony.

Ohio political candidates are required to submit regular campaign finance filings, which include expenditures such as these. The Capital Journal reviewed the 2019 filings of all 99 state representatives and 33 state senators in reporting this story.

State law allows a wide lateral for politicians to spend donor money on advertising, fundraising and “duties of public office.” Candidates use funds in a variety of unusual ways, the Capital Journal reported Thursday, including on honey jars, self-branded combs and parade candy to hand out on the campaign trail.

Incumbents adhere to the “duties of public office” component by spending money on lunch meetings with constituents or trips to legislative conventions away from the state capital.

Ostensibly, the decision by 35 current officeholders to use these funds for news subscriptions reflects an effort to keep up with the goings-on back home, so as to be better informed in their role as district representatives.

(The Capital Journal left messages with a half-dozen offices of Statehouse subscribers to hear insight on how legislators benefit from reading this local reporting. Somewhat ironically, none of the messages were returned.)

In the Senate, three out of nine Democrats used funds to subscribe (33%) compared to nine out of 24 Republicans (38%).

In total, 29% of all Republicans were subscribers along with 21% of Democrats.

Among Senate leadership, three out of eight members subscribed in this way (two Republicans, one Democrat). Among House leadership, four out of 10 subscribed (two for each party).

It should be noted that many others in the Ohio House and Senate likely do subscribe ⁠— either at home or at their offices ⁠— but do not use campaign funds to pay for it.

The politician with the most 2019 subscriptions paid for by campaign funds was Sen. Jay Hottinger, R-Newark. His committee bought subscriptions to the Wooster Daily Record, New Philadelphia Times-Reporter, Perry County Tribune and Granville Sentinel newspapers.

Here is the total list, in alphabetical order by publication name:

The committee for Rep. Gayle Manning, R-North Ridgeville, expensed a subscription for unspecified “Ohio Newspapers.” A person who answered the phone at Manning’s office was unsure which publication(s) Manning subscribes to.

The committee for Sen. Bob Peterson, R-Washington Court House, expensed funding for unspecified “newspaper subscriptions.” A person who answered the phone at Peterson’s office said the senator follows news outlets throughout his 10-county district, but would not provide the names of outlets that are subscribed to.

The committee for Rep. Gary Scherer, R-Circleville, besides subscribing to the Columbus Dispatch as noted above, also paid for a subscription to an unspecified Gannett publication.

The committee for Sen. Andrew Brenner, R-Powell, besides subscribing to the Wall Street Journal as noted above, also paid for a subscription to an unspecified business journal.

The Ohio Capital Journal is part of the Ohio News Media Association, a statewide trade association of Ohio’s daily and weekly newspapers and other media. On Friday morning, OCJ Editor David C. DeWitt presented to the annual conference of the ONMA, reiterating that all Ohio Capital Journal content is free for republication.

“Part of our mission at the Ohio Capital Journal is to support and advocate for community journalism. So we encourage our readers to subscribe to their hometown newspapers, and we like nothing better than when community papers avail themselves of the free Statehouse news content we provide,” DeWitt said. 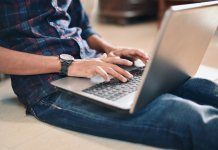 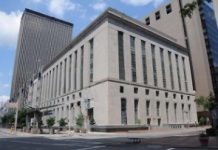 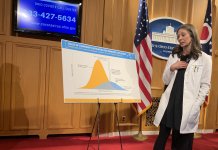