Elizabeth Warren has never succeeded in charming the pundit class, which tends to describe her in oh-so-flattering terms like professorial, scold, elitist, lecturing, strident and schoolmarmish (she was a Harvard professor before being elected as a senator, in case you couldn’t tell by these pejoratives).

After covering this primary for the last approximately 12,000 years (or 14 months, who’s counting?), I can say that’s completely detached from reality. But unfortunately, some of the attacks have been echoed by rivals like Joe Biden and Bernie Sanders.

If you’ve been to Warren’s rallies, she specializes in homespun tales (told in a faint drawl, not a JFK-esque Hah-vahd lilt) of her working-class upbringing in Oklahoma, her difficulty juggling teaching and parenthood and her brothers’ military service. She also typically spends a lot of time taking audience questions — which is fairly unusual for a presidential candidate — not to mention devoting hours to taking selfies with fans (and talking to them, too).

Not terribly surprisingly, pundits have basically declared Warren’s candidacy dead, even though only two small states have voted (and my former home of Iowa didn’t exactly do a bang-up job running things).

The Warren stereotypes are gendered, to be sure. But many political analysts also sniffed at Barack Obama for many of the same reasons (yes, he went to Harvard Law and was a law professor before joining the Senate).

Right-wing critics have always overstated the media’s fondness for the 44th president, who was subjected to endless glib stories whacking him for too many comedy show appearances, meeting with celebs (especially rappers like Jay Z, natch), his “latte salute,” putting his feet on his Oval Office desk, and (who could forget) the ultimate insult to the sacred honor of the presidency, donning a tan suit.

Truly, these scandals overshadow our impeached current president’s acts, like tossing migrant kids in cages, trying to extort a foreign country for dirt on Biden and firing military heroes like Lt. Col. Alexander Vindman for testifying against him.

There certainly were some pundits who swooned over Obama’s soaring oratory — a skill that’s nowhere to be found in the current crop of presidential hopefuls. But even many of those talking heads snarked that Obama was all hat and no cattle.

Even today, you can find reporters admonishing the Obamas (yes, former first lady Michelle gets called out, too) for having too much fun while the country is suffering under President Trump (who weirdly gets a pass in this because objectivity, or something).

Obama knows Warren well, having hired her to head up the new Consumer Protection Agency (which the Trump administration has done its best to neuter), an attempt to hold corporations accountable after the Great Recession and actually help regular people.

The common thread between them is that they’re usually the smartest people in any room — something that particularly irks pundits who pretend to be experts on all manner of policy (but usually are just glorified theatre critics).

Who could forget the endless takes from shallow centrist analysts that aloof, arrogant Obama was the reason why Republicans in Congress refused to compromise on anything, from the stimulus to save the economy in 2009 to gun reforms after first-graders were annihilated at Sandy Hook in 2012.

In reality, the GOP was going off the rails, with Trump and others pushing racist birther conspiracies against Obama — something too many pundits didn’t truly grasp until he won the presidency in 2016 (and some still don’t today).

As for Warren, her supposed stuffy intellectualism fueled many of the gleeful takedowns of her Medicare for All plan, which was subjected to nonstop questions of, “How ya gonna pay for it?” and eye rolls about its feasibility.

This sticks out because there’s another big candidate in the race with his own Medicare for All plan — Sanders, who somehow skated on both fronts. Naturally, the Vermont senator’s gruff persona isn’t for everyone, and he has plenty of media enemies. But Larry David’s dead-on, endearing imitation doesn’t hurt and plenty of crusty analysts probably see more than a bit of themselves in Sanders, regardless of his lefty politics.

So let’s just get down to it.

While it’s undoubtedly progress to have had our first African American president and more women running for the office, we shouldn’t kid ourselves that women and people of color don’t face different rules and particular constraints (the current field would be a lot more diverse, otherwise).

And one of those is that you’re not supposed to act like you know more than the media covering you (even if you almost certainly do).

I honestly don’t think that Warren comes off that way, but the hot-take industry is still a bastion of straight, rich white males, some of whom interpret every syllable from her as a personal affront. In debates, she strikes me as the proverbial girl in the front row who patiently raises her hand, but the teacher keeps calling on the bored boys in the back (yes, this is incredibly relatable to me).

Naturally, my critique will be met with sniggering from some who worship at the alter of The-Way-Things-Have-Always-Been analysis, and are deeply uncomfortable to see casual sexism and racism slammed, lest their own behavior come under scrutiny.

But the country is changing. The media can’t afford to remain a largely reactionary institution, because otherwise, we’re going to miss a lot of important stories this cycle. Indeed, we already have.

Private school vouchers could still grow in Ohio, even with a freeze 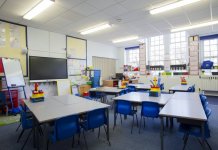 ‘The biggest feeling is sadness.’ With classes canceled, teachers try to keep teaching