There are more county sheriffs in Ohio named Scott than there are sheriffs that are women.

There are also as many Johns serving as county engineer as are women.

Across Ohio’s 88 counties, there is a striking disparity between the number of men and women serving in elected office. 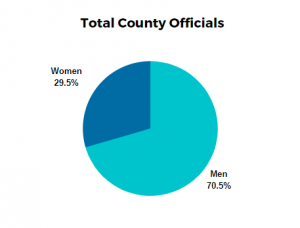 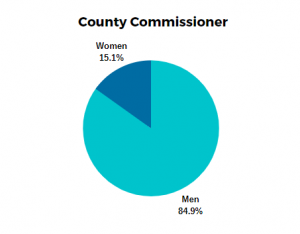 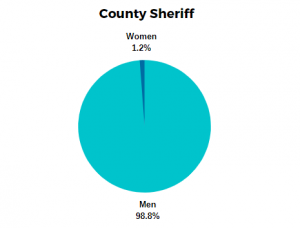 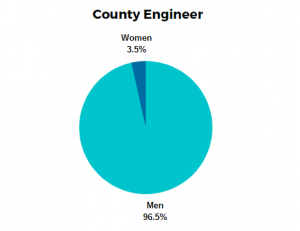 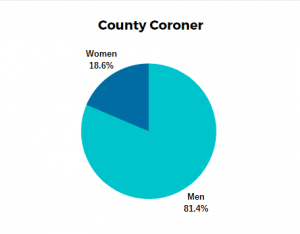 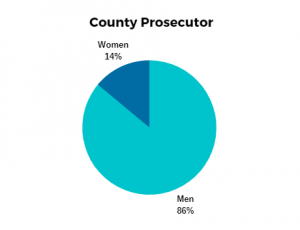 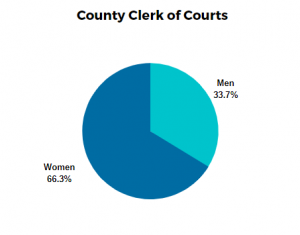 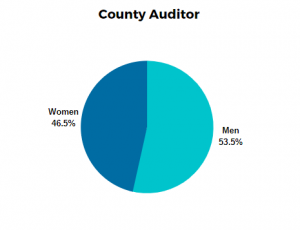 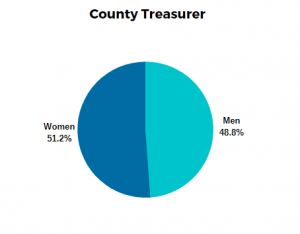 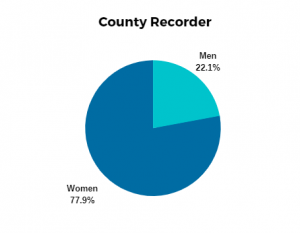 Not included were elected judge positions, which vary in numbers by county depending on population.The Ohio Capital Journal reviewed the elected official rolls of Ohio’s 88 counties to report on this story. This writer reviewed county government websites and in some cases consulted respective counties’ boards of elections to gather the names of officials in nine different elected offices: auditor, clerk of courts, county commissioner, coroner, engineer, prosecutor, recorder, treasurer and sheriff. With each county having three county commissioners, that makes for 11 total officeholders.

Summit and Cuyahoga counties are unique in that they operate on a charter system of government. They use a different roster of elected positions and because of that we’re not including them in this review. (Their totals will be included separately at the bottom.)

Here are some highlights:

When including the 86 counties with their traditional 11 officeholders apiece, that makes for 946 total elected officials.

Of those 86 counties, just five of them have a majority representation of women. Ashtabula, Muskingum, Portage, Vinton and Wayne counties each have six out of 11 officeholders being women. In the other 81 counties, men are the majority.

Counties have an average of 3.25 out of 11 officeholders being women. Many counties have just one, and Fairfield County stands alone by having zero female elected officials.

Meanwhile, 60 counties in Ohio have an all-male commission.

The engineer and sheriff positions feature the widest gap in county government.

There is only one female sheriff in all of Ohio: Deborah Burchett in Clark County.

The prosecutor and coroner positions also have a noteworthy disparity.

The auditor and treasurer positions are closer to equal. The clerk of courts and recorder positions are the two in Ohio where a majority of counties are represented by women.

In Cuyahoga County, a county executive and 11-member county council replace the traditional three-member commissioners. Many of the other positions, such as fiscal officer and medical examiner, are filled by appointment. Armond Budish is the county executive, and the council is made up of six men and five women.

Summit County has a similar county executive and council, but still features elected positions such as engineer, sheriff and prosecutor. A fiscal officer spot, currently held by Kristen Scalise, fills the positions of auditor, treasurer and recorder. Ilene Shapiro is the county executive, and the council is made up of six men and five women.