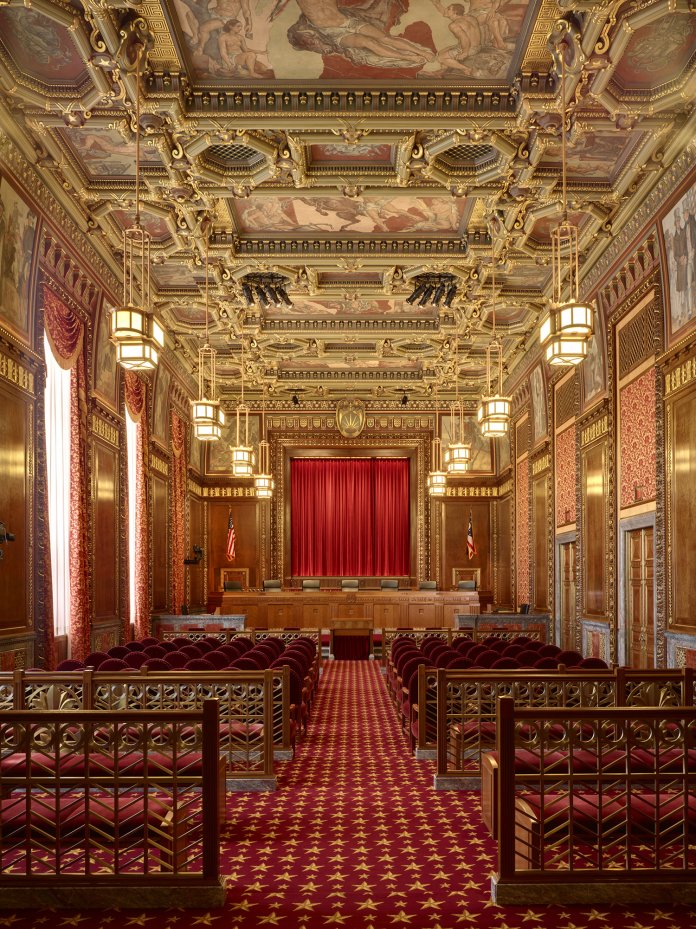 A drunk person, in the sanctity of his home, has every right to lawfully use a firearm, Stephen Palmer argued before the Ohio Supreme Court on Tuesday.

Palmer is representing Frederick Weber, a Clermont County man who was convicted under an Ohio law that prohibits intoxicated people from carrying or using a firearm.

“So you would have us give, in essence, permission for someone who’s intoxicated to have their AR-14 or -15 or whatever it is, in their hands, in their home while intoxicated and have their grandchildren around?” asked Chief Justice Maureen O’Connor.

Palmer said while this is “far from prudent behavior,” the prohibition is a violation of people’s right to bear arms under the U.S. and Ohio constitutions.

“He’s in his home, he is possessing, using a firearm, he’s intoxicated, but short of that, he’s not committing any offense,” Palmer said.

Throughout the hearing, he offered scenarios in which a drunk person may need to use a firearm in a legitimate exercise of self-defense. The statute, he said, unconstitutionally criminalizes that action.

“If the owner of the home is impaired and is in possession of a weapon, how’s he protecting or she protecting anybody?” O’Connor asked.

Sometime before 4 a.m., Feb. 17, 2018, an intoxicated Weber’s possession of a firearm sparked enough concern from his wife for her to call the sheriff’s office.

His wife let a deputy in who encountered Weber holding a shotgun by the stock, barrel pointed down. The weapon was unloaded, and Weber said he was cleaning it.

Court records state the deputy smelled booze. Weber’s eyes were bloodshot and glassy, his speech slurred, his feet unsteady. He couldn’t complete a field sobriety test because he “could not follow directions.” The deputy described him as “highly intoxicated.”

He did not serve any jail time (his 10-day sentence was suspended) and he was ordered to complete one year of community control probation.

Nick Horton, a prosecutor, argued the law represents the legislature’s recognition of the government’s compelling interest in keeping guns out of the hands of drunk people, whose judgement and actions are impaired.

He said the law is narrowly tailored to preserve people’s right to bear arms — just as soon as they sober up. He said it’s about stopping “preventable” episodes of gun violence. In an interview after the hearing, he acknowledged a person’s choice to drink amounts to the sacrificing of some rights.

In his lower court ruling, Powell rebuffed Weber’s claims, and said the law is a basic policy toward public safety.

“[The statute] manifests the General Assembly’s recognition that firearms in the hands of intoxicated individuals creates a circumstance where substantial harm could result to the public and seeks to prevent gun violence and preserve public safety,” Powell wrote.

He said the case will set an important precedent.

“This conduct, exactly that applied here, is going to repeat,” he said. “There are folks all the time who can be charged with this type of conduct.”

Legislators pushing for education funding before end of general assembly