Forty percent of them didn’t make it a day.

Black babies died at a rate between 2.5 to three times more frequently than white babies.

These are just some of the findings from the Ohio Department of Health’s 2018 Infant Mortality Annual Report.

Nine Ohio counties and metro areas accounted for about two-thirds of all the infant deaths, including 90% of black baby deaths. They are Butler, Cuyahoga, Franklin, Hamilton, Lucas, Mahoning, Montgomery, Stark and Summit counties.

About 36% of infants who died were born to first time mothers, indicating the need for further efforts to target first-time mothers, the report states.

A news release from ODH states local teams are working to curb the rates, including by using “neighborhood navigators” to identify pregnant women at risk for a poor birth outcome and connect them with health care services.

The report states that preventable risk factors for infant deaths were common. Of deceased infants:

Gov. Mike DeWine issued a statement with the news release.

“While there are indications of promising progress, there is much more that we must do to help more Ohio babies reach their first birthdays, particularly African-American infants given that the black infant mortality rate hasn’t changed significantly since 2009,” he said. 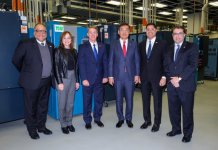