Home Biz & Labor As Ohio economy reopens, state has no answers for many of the...
Facebook
Twitter
Linkedin
Email
Print

Cases of and deaths from coronavirus continued to rise in Ohio Wednesday as state leaders begin a phased reopening of workplaces.

That leaves low-income workers who are older, have compromised health or who have day care issues with a dilemma: either go back to work and risk getting sick or stay home and lose unemployment benefits which might be their only income.

Ohio Gov. Mike DeWine on Tuesday announced that he would allow general offices, distribution centers and construction companies to reopen on Monday. Retail stores and service businesses can reopen on May 12. On Wednesday, he spoke of allowing other businesses — such as restaurants — to reopen sometime after that.

But the governor did not have an answer when asked whether he had a plan to help low-income Ohioans who had good reason not to go back to work and face the public amid a once-in-a-century pandemic. Many are currently receiving federally enhanced unemployment benefits, but the program’s rules dictate that they must return to work when that becomes a possibility.

“I don’t have a great solution,” DeWine said, explaining that he understood the bind in which many Ohioans will find themselves. “That is a great concern for someone because of their age, because of their health situation, they are certainly very, very much at risk.”

DeWine also said he was wrestling with a way to reopen day care centers that many parents need amid closed schools if they are going to physically return to the workplace — regardless of whether they’re poor.

“We also know that child care in a congregate setting has the same risk that schools do,” he said, explaining the potential for such settings to facilitate the spread of the COVID-19 virus.

It’s a virus that is particularly problematic for the poor.

Because of inadequate testing, policymakers and health officials are only beginning to see the contours of a disease that has killed 60,000 Americans and counting. But already they’re seeing that it’s taking a disproportionate toll on low-income Americans and minorities.

That can be due to already-poorer health among that population that has less access to health care. But it also is because, unlike many others, the poor usually don’t have the luxury of working at home, said Susan Jagers, director of the Ohio Poverty Law Center. Instead, many have public-facing service jobs or work closely together in industrial settings where they’re more likely to contract the virus, she said.

“The employees most at risk do not have white-collar jobs,” Jagers said.

Worse, some low-income workers don’t have employer-provided health benefits and make too much to qualify for Ohio’s Medicaid program. So they could go to work, get sick and endure a hospital stay that easily can cost $20,000 — all of which they would be responsible to pay.

“This has definitely exposed the weaknesses of the safety net system,” Jagers said.

Loren Anthes, Treuhaft chair in health planning for the Cleveland-based Center for Community Solutions, said the coronavirus crisis is underscoring a poverty crisis that already existed in the Buckeye State.

“When you think about the number of people who depend on unemployment, it shows you just how fragile people with lower incomes are, with a majority of Ohio families not even having a few hundred dollars available to them,” he said.

DeWine on Wednesday said he had been talking with leaders of philanthropic groups about ways they can assist Ohioans who shouldn’t return to work but whose finances are forcing them to. It’s unclear, though, whether any private effort can be mounted on a scale adequate to meet the problem.

“I don’t have an answer today, but yes, it weighs very heavily on me,” DeWine said. “There are people who should not be taking that risk but feel that they have to. I understand that because of their economic situation they’re the one in the family that earns the money and they have to work to bring that in. I don’t have a good answer today. But it’s something I’ve been thinking about. It concerns me a lot.” 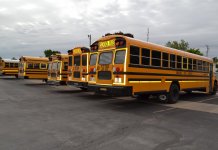 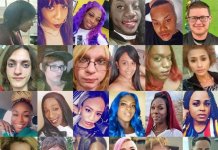