Demonstrations against lockdown orders are like nothing we’ve experienced before, with anti-government activists, extremists and gun-toting militia men converging on state capitals. But the protests in Columbus and elsewhere also are part of a familiar pattern in America when government uses its broad powers to protect the public health.

Seat-belt laws, anti-smoking laws and mandatory vaccinations all stirred passionate opposition at one time or another. A hallmark of these dust-ups is proclamations that public health orders are illegal or in violation of constitutional rights.

These well-worn assertions about unfettered personal liberty are visible as ever today, displayed on hand-made signs, shouted from sidewalks and spread through media channels. They are rarely challenged publicly in the heat of the coronavirus pandemic. They should be, because they’re wrong.

Laws to protect public health have been litigated over many years. Courts have sided with states’ rights to impose public health mandates when one person’s liberty poses a provable health threat to others.

“It comes from the idea that your liberty to swing your fist ends where my nose begins,” says professor Amy Fairchild, dean of the College of Public Health at Ohio State University. “I have a right not to be exposed to your virus.”

Both said the legal standard allowing health officials to limit personal liberties for the greater good dates to a landmark 1905 U.S. Supreme Court case. The court upheld the authority of the Cambridge, Massachusetts, board of health to require smallpox vaccinations during an epidemic.

“Emerging from that court case were a number of standards of public health necessity,” Hoornbeek says. “I think most people would view the current pandemic and lockdown as consistent with those standards.”

Ohio’s smoke-free workplace law is another example. When public smoking restrictions were gathering steam in Ohio in the early 2000s, smokers and bar owners complained government was taking away their rights. Some believed in their hearts the U.S. Constitution protected the right to light up in public spaces.

I covered the issue as a reporter for The Cleveland Plain Dealer, and heard from many opponents who — like lockdown protesters — compared health authorities to Nazis. At a public hearing I attended, a neighborhood barber shouted from his seat, “Why don’t we dig up Hitler and bring him back!”

Many dissenters then denied scientific evidence that second-hand smoke is a health hazard, just as many opponents of stay-at-home orders deny facts about coronavirus.

After the voter-approved anti-smoking law took effect in 2007, opponents took it to court. The Ohio Supreme Court ruled unanimously in 2012 that the law is constitutional.

It should be said about coronavirus that there is legitimate debate in the scientific community over whether the available data is strong enough to warrant sweeping restrictions. We’re in uncharted territory. A recent Boston Review article highlighted tensions involving the use of epidemiological models to predict how the disease will move through the population, versus reliance on evidence-based data:

“Harvard’s Marc Lipsitch, an infectious disease epidemiologist, agrees that we lack good data in many respects.” But Lipsitch also said, “‘We know enough to act; indeed, there is an imperative to act strongly and swiftly.’ According to this argument, we could not afford to wait for better data when the consequences of delaying action are disastrous, and did have reason enough to act decisively.”

Ohio State’s Fairchild agrees the state has to act on the best available information, even if it’s incomplete. The key is that policies must evolve as evidence comes along, she said.

Public health experts walk a tightrope balancing individual rights against the collective good. That tension has never been higher.

“It’s not your right versus my right. These are rights we all hold simultaneously. I may not want your virus, but I also want my job. It’s about protecting us and prohibiting us at the same time,” she says.

“This is a moment in society when everyone is both at risk of getting the disease and at risk of spreading it. That’s why it’s important to have these political conversations about risks, and balancing them against the rights to liberty and health that we each hold.”

Some lockdown opponents understandably are desperate to get back to work. Some just want to get back to their lives. Their right to protest is absolute, But the right to get a haircut or go to the movies is not. The Constitution doesn’t give anyone the right to spread coronavirus, any more than it entitles smokers to light up wherever they want. 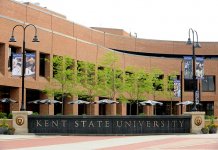