Early in my career as a newspaper editor, I felt ambivalent about the subject of public officials submitting opinion columns.

Over time, though, my viewpoint soured. Confession: There came a point when I started deleting them the moment they reached my inbox, the way I would for spam and irrelevant press releases about music albums released halfway across the globe.

I’m no longer an editor in charge of such decisions. But I mulled over those choices amid the recent debate of The New York Times’ decision to publish a controversial Op-Ed from U.S. Sen. Tom Cotton, R-Arkansas. Cotton called for President Trump to send troops into states as “an overwhelming show of force to disperse, detain and ultimately deter lawbreakers.”

Besides the questionable subject matter, the piece was sloppily edited and the Times’ opinion page editor later admitted he hadn’t even read it before publication. Unencumbered by a more rigid fact-checking and editing process that a straight news article would have gone through, these embarrassing mistakes slipped through.

I have my own thoughts about Cotton’s piece. I’d like instead to pull back the curtain on the practice of public officials writing opinion columns such as Cotton’s.

Among the missions of the Ohio Capital Journal is to encourage readers to support journalism within their communities. Part of that mission includes trying to educate about news literacy — how to separate fact from fiction, and how best to interpret the sources of information consumed.

So, let’s talk about these op-eds.

Public officials — the smart ones, anyways — work closely with news outlets in order to connect with their constituents. They issue regular press releases, typically in response to specific bills, situations, controversies, etc. Take a major piece of legislation such as the CARES Act: When it passed in late March, most Congressional offices sent reporters a written statement to be used in any accompanying story. This is ordinary and, while being a tad artificial, there is nothing nefarious about the practice.

What I’m referring to is a separate genre of communications: opinion columns. These are typically written in first person and give an official’s perspective about a more broad-ranging, evergreen topic. For example, you might see a column thanking service members on the Fourth of July, or advocacy for environmental reforms on Earth Day.

Ostensibly, these are written to keep the public informed about their government. I don’t think I’m being too bold by suggesting, though, the primary function is for self-serving public relations.

Some politicians submit these columns to local news outlets as a direct appeal to constituents. A legislator might try to highlight a new business investment within their district that created new jobs for local residents. They’ll include phrases like, These new jobs are the fruits of our partnerships between the public and private sectors. Translation: You better remember all these jobs I brought to town when you head to the polls this November!

Other politicians use opinion columns as a way to raise their own profile in Washington, D.C. or elsewhere. Consider that Republican Congressman Jim Jordan represents a swath of western and northern Ohio, yet submitted a column to the New York Post newspaper last month criticizing Democratic leadership.

With respect to Ohio’s 4th District, the goal of this column wasn’t to appeal to voters in Sidney and Elyria. What, then, is the goal of writing to the NY Post or endlessly appearing on Fox News? I suppose that is up to the 4th District to contemplate.

This is a bipartisan pursuit. Consider that Democratic Congressman Tim Ryan wrote a column for CNN in 2017, then did so again in 2019 after announcing his ill-fated campaign for president.

For all these reasons, it is clear why public officials would submit these columns. This leads to an obvious question: Why do news outlets publish them?

To return to the NYT example, now-former opinion page editor James Bennet defended running the Cotton piece as a means of spurring debate:

We understand that many readers find Senator Cotton's argument painful, even dangerous. We believe that is one reason it requires public scrutiny and debate.

Here in Ohio, there are plenty of other reasons why outlets might choose to run them.

As you may know, newspaper budgets have been crippled in the digital era. Many can no longer afford to pay for original columns from local writers. Political columns are free and fill space.

Similarly, staffing cuts mean that smaller news outlets barely have enough time to cover local government, much less state and federal politics. Best case scenario, these outlets subscribe to a wire news service such as the Associated Press. The problem is necessities like wire services become luxuries for a business having to choose between cutting the TV Guide or cutting newsroom jobs.

This leaves a theoretical situation wherein editors, lacking time and resources, are presented a chance to publish tidy snapshots of politicians’ work on the opinion page.

Another important aspect is the matter of access. As much as newsroom leaders rightfully preach about holding public officials accountable, they also know the value of staying in good graces with a politician’s press secretary.

And make no mistake, it’s the public relations staffers pushing this stuff. Years ago when I ignored a few column submissions from one politician, their press secretary called me to inquire what the problem was. My explanations must not have been very convincing, because they later showed up at my newsroom to discuss the column submissions in person.

I don’t blame them — that’s a press secretary doing their job well. (I admit to having felt somewhat flattered they cared so much about what we did and didn’t print.) But it gives you a sense of how much this matters to some offices.

For me, the main problem is one of authenticity. Politicians don’t write these columns. Members of Congress spend hours per day fundraising for their campaigns, not to mention the time spent on legislation, committee work, constituent services and good ‘ol fashion political hobnobbing.

I don’t think our political representatives are burning the midnight oil composing and editing newspaper columns for the Smalltown Gazette. And if they are, I say: Please stop doing that. You have far more important things to work on.

Public officials have so many other means available to them: social media pages, websites, advertisements, town halls and, in the case of legislators, the actual House and Senate floors.

They don’t need the opinion page in order to be heard.

I’ll end by noting that very few things within the realm journalistic decision-making are black and white.

An editor might roll their eyes at a member of Congress advocating in print for their latest bill, but what about a mayor wanting to write about ways in which residents can access services during COVID-19?

What about a school superintendent complimenting his district for working toward local students’ success?

Conventions change, and every editor has their own set of standards. I don’t judge Ohio’s news outlets for taking a different approach than I did.

I do however hope the next time you see a politician’s column, you will read it with the heightened sense of skepticism that it deserves.

Editor’s Note: The Ohio Capital Journal’s policy is to not run political commentary from political parties or elected officials. 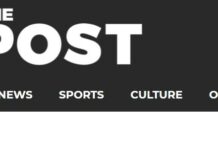 The Post at Ohio University is in jeopardy. Here’s the case for saving it 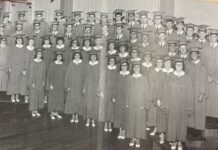 Celebrating the legacy of Jon Reed Sims, originator of the gay men’s chorus 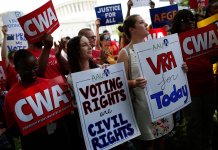