After months of questions, Ohio Medicaid to start paying pharmacists for coronavirus testing

After months of questions and promises of transparency, officials with the Ohio Department of Medicaid on Monday told an obscure state committee when they’ll start reimbursing community pharmacies to test one of the state’s most vulnerable populations for coronavirus. To contend with shrinking state budgets, the department also floated the possibility of draconian cuts, including ending prescription-drug coverage and the 2014 Medicaid expansion.

As part of the the testing plan, department officials seemed to say they wanted to test all Ohio Medicaid recipients for the disease.

They also laid out their plan to clear the way for pharmacists to be paid as medical-service providers, saying that in January 2021 they’ll put into effect a law that will have been on the books for two years.

The Medicaid department, Gov. Mike DeWine and former Ohio Department of Health Director Amy Acton have been peppered with questions since early in the pandemic about when those matters would be taken care of. 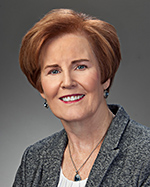 On Monday, the Medicaid department submitted a slide deck to the Ohio Prescription Drug and Affordability Advisory Council — an interagency group on which Director Maureen Corcoran sits — that provided some answers.

The second-to-last slide in the deck says the reimbursement method for the tests will be “similar to how pharmacies are reimbursed for administering vaccines.”

The slide also said, “Claims for testing will be submitted through the same process for filing prescriptions.”

It also gave what appears to be the first hint of an ambitious plan to test every person in the medical program for the poor, which now covers more than 25% of Ohioans.

“ODM is working with the Medicaid (managed-care organizations) in order to implement COVID-19 testing for all individuals,” the slide said.

In an email, department spokesman Kevin Walter said the reimbursement will be $23.46, “which is the amount that the pharmacy will be paid for the pharmacist to do the nasal swab on the individual.”

Also near the bottom of the slide deck is one setting out possible cuts in the $27 billion program to help the state to close a projected $2.4 billion budget deficit for the fiscal year that starts July 1.  Under a headline saying “Cost containment options (or not),” the department lists possibilities such as cutting administrative costs and rates paid to managed-care organizations.

There are also a few eye-poppers.

One is “eliminate optional services; e.g. pharmacy” with the latter word in boldface. Such a move would save money, with the Medicaid department spending more than $2.5 billion a year on prescription drugs. But some questioned why the state would pay for the poor to receive other medical services without also paying for medicine.

Another possible cut on the Medicaid department list was “Eliminate optional covered groups.”

One of those groups would be those making up to 138% of federal poverty guidelines that were bailed into the program in 2014 under an option given to the states under the Affordable Care Act. There were more than 700,000 Ohio adults in that group as of last October, the Kaiser Family Foundation reported. That number is almost certainly much higher now because of the economic downturn caused by the COVID-19 pandemic.

Observers on Monday said it was unlikely that DeWine would kick so many Ohioans off of Medicaid or end drug coverage to balance the state budget. One reason is that such a cut would result in the loss of billions from the federal government, which currently covering almost 70% of the cost of Medicaid.

A separate part of Monday’s presentation laid out how the department would implement a January 2019 law that would pay pharmacists for spending time consulting and doing diagnostics with an eye toward managing chronic health conditions and keeping patients out of the hospital. The “go live” date for the program is Jan. 15, 2021, the presentation said.

Nothing in the presentation explained why, if community pharmacists can be paid for testing the same way they are for flu shots, it took so many months for the Medicaid department to say so.

After months of questions, Ohio Medicaid to start paying pharmacists for coronavirus testing

They called 911 for help. Police and prosecutors used a new… by Brett Murphy, ProPublica January 3, 2023
“God, no, not another case.” COVID-related stillbirths… by Duaa Eldeib, ProPublica August 10, 2022
Ohio’s fight for LGBTQ+ protections by David Rees May 10, 2022