Ohio House Republicans had no problem some years ago when former Gov. John Kasich appointed his turnpike director, a former marketing and building industry person with no medical training, as state health director.

Nothing against Rick Hodges, but it’s hard to imagine a person like him in that job now, leading the state’s response to the coronavirus pandemic.

It looks like Ohio Health Director Amy Acton had had enough. She resigned abruptly last week, after gaining well-deserved plaudits for guiding Ohio through the early stages of a once-in-a-lifetime public health emergency. She earned our trust and no doubt saved many lives. Trumpists in the Ohio House and elsewhere beat her up for it. It’s part of an alarming pattern taking shape across the country. Kaiser Health News reported Saturday that 27 state and local health leaders in 13 states have resigned, retired or been fired since April. Some hired armed security because of threats. NPR reported separately that public health workers are facing threats over contact tracing, a standard practice to stop the spread of infectious diseases.

Critics attacked Acton relentlessly for issuing shutdown orders. House Republicans tried to strip away her emergency powers. Armed protesters harassed her at home. She was targeted with anti-Semitic slurs, and subject to vile rumors spread online.

“I don’t want to amplify this stuff further. But I want to make the point that whatever you’re imagining re: Acton hate, it’s actually *far worse* Recent blog which spread like wildfire among anti-COVID Ohio circles accused Acton of mental illness & delved into her private life.”

What did Amy Acton do to deserve this madness? She was calming and competent, a leader who clearly had the best interests of Ohioans in mind. To her credit, Ohio jumped out early with shutdowns to slow the spread of COVID-19. We are better off than many states for her efforts. Infections are surging nationwide. As of Saturday, at least 21 states were seeing increases in average daily new cases, The Washington Post reported.

The vast majority of Ohioans stand behind DeWine and Acton, judging by DeWine’s 80%-plus approval rating. She gained national prominence in a few short months. But it was as if a bunch of sexist males in the House GOP caucus couldn’t handle her success.

“I don’t recall at any other time a cabinet member being under such a barrage from members of the Ohio House,” Mary Anne Sharkey, a respected Ohio political journalist-turned-consultant told me. “I’ve never seen such disrespect for the same-party governor, let alone one with ratings through the roof. Which is why they decided to go after Dr. Acton instead of the governor.”

Sharkey, who has advised campaigns from both parties, said anti-government bombast is nothing new among House Republicans, “but I’ve never seen it so personal.”

Twice recently, members of the Ohio legislature made anti-Semitic references about Acton. Rep. Nino Vitale described her as a “globalist,” a slur for Jew, eliciting a rebuke from The Anti-Defamation League.

It’s hard to make sense of the savagery directed at Acton. The night she resigned, I called an old friend, Tom Beres, a legendary politics reporter who retired from Cleveland’s WKYC Channel 3.

“She’s obviously a decent, normal person. She didn’t sign up to be a punching bag,” Beres said. “I can’t think of another person going 110% doing her job — doing a job people liked — being suddenly stuck in a meat grinder.

“Ohio is in a comparatively good place and she was the principal architect of that strategy,” he said.

We’re in for a long stretch with COVID-19. More than 2,500 Ohioans have died. Nino Vitale, what’s the plan? 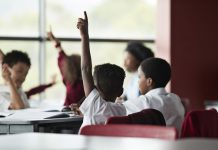 Dr. Amy Acton has been calming and competent. The vicious attacks on her have been madness.