In data from the Ohio Legislative Service Commission combining money from the General Revenue Fund, the Local Government Fund, the Public Library Fund and the Lottery Profits Education Fund, primary and secondary education’s annual rate of growth has seen declining numbers, with a growth rate of 7.2% in 2001 and an 8.1% rate in 2002, compared with growth of 1.2% in 2020 and 0.8% in 2021.

2010 saw the biggest dip in the decade, with a 6.6% drop reported by the state budget office. The budget saw more rises and falls in the years following, but after a 7.6% increase in 2015, the budgets have fallen since.

Higher education has taken just as much of a hit, with its annual growth percentage going down 20.6% in 2010 and only seeing slight increases since, including a 3.2% growth planned for 2021.

State funds are the largest share of funding for K-12 schools, accounting for more than 41% of school revenue in 2017, according to the Legislative Service Commission’s 2018 overview of Ohio’s economy and finances.

Corrections has seen its share of declining budgets, but still sees steady growth and some increases. While the budget took a 12.8% hit in 2010 and a 4% dip the year after, increases in the following years brought back those losses, and the increases are set to continue with a 3.8% increase in 2021.

Education experts have said bringing more money to education could lead to less need for the corrections budgets to increase.

“We spend more money on incarcerating and less money on the best crime prevention program there is, which is education,” said Stephen Dyer, education policy fellow at the think tank Innovation Ohio. “Marrying that budget change with a change in approach to criminal justice reform, I think could free up a lot of money (for education).”

The education numbers are part of a state education system with teacher salaries below the national average, and private voucher programs absorbing finances in much of the districts.

Despite being lower than many others in the country, those salaries and benefits make up a majority of the expenses school districts face.

The private voucher program, also known as EdChoice, has been a point of contention in the legislature since its inception. This year, the program was frozen because of coronavirus budget needs, but public school districts continue to call out the budget situation they say EdChoice creates as public schools have to pay for students to move to private or charter schools.

The Ohio Federation of Teachers and representatives from the Cleveland Heights-University Heights school district partnered on a report about the voucher program’s impact on their district.

In 2018 commission data, Ohio’s justice and public safety expenditures showed increases. In 2015, for example, Ohio’s per capita justice expenditures were higher than all the states around it, with the exception of Pennsylvania.

Prison populations have stayed steady at about 50,000 for most of the last decade. 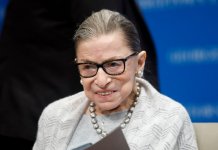