George Floyd had only been dead for a few days, and Mount Eaton police officer Jeff Lewis predicted the opinion he was about to share about Floyd would not be popular.

“Here’s where I lose more ‘friends,’” Lewis posted to his Facebook page, alongside a photo of Minneapolis officer Derek Chauvin with his knee on Floyd’s neck.

“Oh no… Whitey killed a black man. Nobody has a clue what lead (sic) up to this. Everyone has their MEDIA FORCED OPINION. Clearly this black man had the covid and that officer was preventing the spread.”

Lewis lost more than friends. The 10-year veteran was immediately fired from the police department, The Daily Record newspaper in Wooster reported.

In the weeks following Floyd’s death and amid subsequent protests in countless American cities, law enforcement officers have faced intense scrutiny of not just their actions in the field, but on social media.

Lewis is far from alone. In June, more than 75 other police officers in the United States were investigated for posting similarly racist and controversial remarks on social media related to Floyd and the recent unrest. Many have faced suspensions or, like Lewis, were subsequently fired from their jobs.

Throughout the past month, the Ohio Capital Journal has tracked these cases through online keyword searches of local media reports across the country. There are likely other instances that were never publicized.

Viewed together, the cases paint an alarming picture of widespread digital misconduct among law enforcement officials among varying settings and ranks within their respective departments. There were investigations conducted in 28 different states, from Alaska to Florida, within agencies at the village, city, county and statewide levels.

Part-time and reserve officers posted themselves into trouble, as did rank and file officers, sergeants, lieutenants, captains, deputies and in many cases the chiefs themselves.

In the most shocking examples, law enforcement officials posted about wanting to kill protesters in their communities.

A member of the Massachusetts National Guard was suspended for posting to Instagram, “you’re all stupid I can’t wait to shoot you tomorrow night.”

In Winfield, West Virginia, a police officer resigned after referring to protesters as “a bunch of animals” and adding, “I’d see how many I could run over before my car breaks down.” An Iowa police chief in Sioux Rapids, Iowa made a similar comment, posting a photo of a truck driving through protesters in Des Moines with the caption, “hit the gas and hang on over the road bumps.” The chief received a two week suspension.

A police chief in Shelby Twp., Michigan was placed on leave after tweeting that protesters were “wild savages” and also mentioned “body bags for these vicious subhumans.” He was eventually suspended for 30 days, but is also allowed to keep his job.

Other posts were more overtly racist in nature. A Rossville, Georgia police officer was fired for posting mugshots of black suspects with the caption, “I think a hanging is in order.” Another officer in Houston was fired for posting, “The black community needs a big giant mirror and it needs to stand in front of that mirror and say individually, I am the problem.”

There were other employees at law enforcement agencies which faced consequences for their posts. A Massachusetts public information officer was removed from his position for a post equating NFL player Colin Kaepernick kneeling during the National Anthem with the Minneapolis officer kneeling on Floyd’s neck. A dispatcher in Florida was suspended for posting on Facebook about police critics, “I can’t even fathom the response you will get the next time you dial 911 and possibly get me on the phone…”

There are some instances in which numerous people were implicated. In mid-June, seven Chicago-area deputies were investigated for posting “insulting and threatening comments online after a march in support of Black Lives Matter,” the Associated Press reported. Several officers in Oklahoma City were investigated for posts made on a page called “Oklahoma Bad Cops,” including one of a photo showing a car running over protesters with the caption, “All Lives Splatter.”

Ohio has seen a disproportionate amount of these incidents. Besides Mount Eaton, there were other controversies of police conduct on social media in Canton, Columbus, Ashtabula, Cleveland and Westerville.

There was also a separate high-profile investigation by the FBI into the social media conduct by an Ohio National Guardsman. The member was suspended for reportedly expressing “white supremacist ideology.”

The Columbus Division of Police has seen heightened scrutiny into its own social media activity in the past month. Following the first wave of protests, the department posted (then later deleted) a list of people who had been arrested.

On June 6, the department posted (then later deleted) a description of an officer responding to the scene of a child drowning.

“As you see this officer is white, the child he pulled from the water is black. But this won’t make national news, no one will speak of this at the protest,” the post read. “Hate us, chastise us, spit on us but guess what? When you call 911 will (sic) be there because that’s who we are!!”

In another post that has received criticism, the department posted a photo of a bus stopped in downtown Columbus during a late-May protest. The post claimed there “was a suspicion of supplying riot equipment to rioters,” going on to name pieces of evidence found inside the bus:

This bus was stopped yesterday at Broad St. & 3rd due for obstruction of traffic. There was a suspicion of supplying riot equipment to rioters.

A subsequent article from the news outlet Columbus Alive reported the bus belonged to “hippie circus performers,” with the items identified by Columbus police being pieces of their circus act.

Last week, Mayor Andrew Ginther confirmed during a press conference that his office has since taken over the police department’s social media accounts. He defended the practice as wanting to ensure accuracy going forward.

The department is among many other law enforcement agencies which have social media policies for officers and other employees.

“The personal use of social media can have bearing on Division personnel in their official capacity,” the policy reads.

It states that employees can express themselves “as private citizens” so long as their posts do not impair their working relationships, interfere with their job requirements or violate “any other rule of conduct, policy, directive or applicable city policy.” 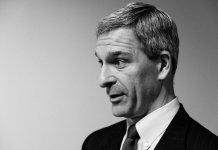 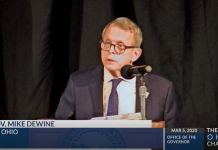