A Republican legislator wants the legislature to stand up for police budgets, while also condemning excessive force done by “the slimmest margins” of police officers around the state.

In a resolution offered recently, state Sen. Theresa Gavarone, R-Bowling Green, writes the “just and unbiased enforcement of the rule of law and the protection of the people is an essential function of government at the local, state and federal levels.”

“(The resolution is) urging support for police officers who do things the right way,” Gavarone told the Capital Journal on Monday.

The question of “defunding” law enforcement comes as protests on police brutality and racism have played out on the Ohio Statehouse grounds and elsewhere throughout the country.

Some have argued police budgets should be reduced or abolished in favor of social services and mental health programs.

Gavarone supports funding social services and says they have “tremendous value,” but does not see a loss of police funding as the solution to the need for those programs.

She said the jobs of law enforcement officers are very difficult, even in the most ideal circumstances, and taking away the funding they receive is “wrong.”

“Diverting funds from law enforcement…even one dollar is too much,” Gavarone said.

The resolution states that defunding police departments and other agencies “would leave law enforcement agencies understaffed and their officers undertrained, while also increasing the risk of violent crime to the communities of Ohio, especially vulnerable communities.”

The same resolution discourages law enforcement who use their power negatively, which Gavarone says is a minority of officers in the state.

“Law enforcement officers who abuse their positions engage in corruption, employ excessive force, or exhibit bias betray the public trust and undermine the rule of law,” the resolution states.

The resolution also comes as a number of bills on police reform have been introduced in the Ohio House, including one to prohibit biased policing, and another that would establish a disciplinary process and examine issues related to excessive use of force.

The Ohio Senate does not meet this week, but is scheduled to hold a session next week. The resolution will likely need to be assigned to a committee for hearings before it can come before the full Senate. 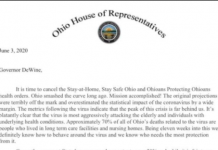 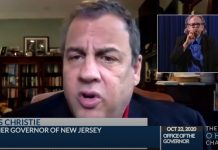 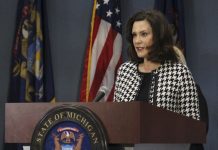