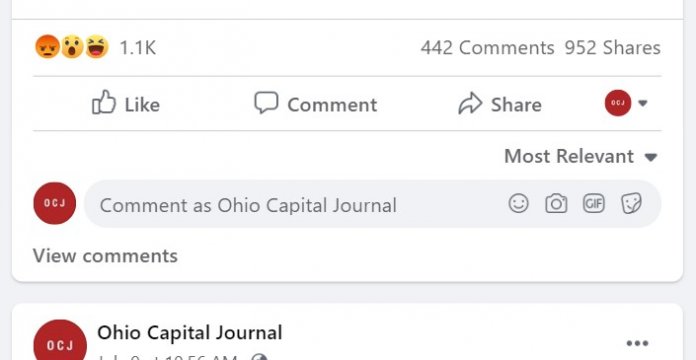 As the editor of the Ohio Capital Journal, my least favorite part of the job is playing babysitter on our Facebook page. To be fair, we have many regular commenters who provide useful information and perspective. We also seem to attract our fair share of trolls who apparently only follow our page to call us names and disparage our work on every post. This is not special to us.

Every news site sees some version of this very same thing, and there is no real set industry standard in deciding how to deal with it. Generally, the larger national outlets have foregone doing really any monitoring. Everything they post tends to get thousands of comments, and it would be one hapless set of interns who had to comb through all that madness. So I assume the operating philosophy is, just let it fly; we don’t have the time to deal with all of it.

As you get more local, the number of comments become more manageable — and more visible to the audience because of the fewer posts — leading editors to start having to make some choices about how — and how much time they want to spend — to deal with it. Some editors let it all fly. Others are willing to take the time to be constantly vigilant against all manner of vitriol and hate, to foster, at least in theory, a more useful and positive public debate environment. Many, such as myself, only monitor for spam and the most egregious postings of hateful, vulgar personal attacks.

Even with my strategy, though, I feel some guilt. If a story does really well and gets a lot of attention, that’s even more of my time I have to spend in what I consider a highly toxic environment, and frankly, at some point, when the comments get into the hundreds or perhaps even thousands, I’m unwilling to do it. So let it fly.

But I hate the thought of visitors to our Facebook page finding a toxic environment and associating that with our “brand,” as it were. Several friends have come to me to say, “I love the work you all are doing, but seriously what is up with the comments on your Facebook page?” The only answer I can offer is, “It’s Facebook.” It’s not unique to us. It seems to be part of the culture of the platform.

Once upon a yesteryear, I would get into heated arguments with strangers in comments sections about Cleveland sports. Looking back, I feel like I was mostly doing it out of boredom, and the hope not that I would convince the person I was arguing with directly of anything, but that perhaps the audience would agree with my views. In the end though, less a time-filler, what I found was that it was all a tremendous waste of time.

Shall I close with some sort of call-to-action? Some admonition of toxic online behavior that I believe should spur Facebook to do better? Nah. The best I can say is that we never put up a comments section on the Ohio Capital Journal news site, and for that I’m grateful. As a news site, I don’t think inviting all that toxicity onto our pages is anywhere near worth it. I’ve seen numerous publications removing their comments sections as well in recent years, and I’m here for it.

As for our Facebook page, I’ll just say that I’m truly thankful to those who post thoughtful, thought-provoking comments and useful fact-checks of misinformation posted by other users. As for anyone over the age of 10 who goes online to call strangers names: Grow up, and consider finding actually useful ways to make your community a better place. 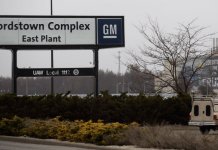 Facebook comments are where my faith in humanity goes to die