Home Biz & Labor Trump visit to Clyde a reminder of what gets lost when a...
Facebook
Twitter
Linkedin
Email
Print

We began our reporting adventure at the local history museum, traveled to an ice cream parlor and ended up at a diner across the street from the newsroom.

The year was 2012 and I was interning at the Sandusky Register newspaper in northern Ohio. President Barack Obama announced he would soon be making a campaign stop in town.

I spent much of the summer trailing the talented Register reporter Andy Ouriel. To borrow a cliche, we wore out the leather of our shoes prepping for the Obama visit.

At the history museum, we looked up when the last time a sitting president had visited Sandusky. (It was Harry Truman, if I recall correctly.)

The presidential stop was scheduled to be an ice cream social with Democratic supporters, so we popped over to Toft’s Ice Cream which was supplying the treats. An old journalism maxim says you should get the name of the dog. Andy wanted to know what it felt like to serve ice cream to the president — and, of course, what flavors would be offered.

Then came the “people on the street” assignment, or in our case “people at the diner counter.” Sandusky residents offered their thoughts about the president coming to town; what issues were most important to them; and one question they would ask the president if they had the chance.

That’s what a local news outlet does. Sure, we played the visit to the hilt — it’s not every day the president stops by! — but more importantly, we sought to place Obama’s arrival in full, proper context. What all goes into preparing for a presidential visit? What do citizens think? How does his rhetoric compare to the economic reality of what Sanduskians are going through?

I’m biased, but I think our team’s coverage shined above the many outlets that came to Erie County for that presidential visit. This isn’t because we were better or they were worse, but rather due to the simple truth that no outlet holds a community’s interests closer to heart than a local one.

I’ve thought a lot about this subject as President Trump visited Clyde on Thursday, a small city only about 17 miles from Sandusky. Trump toured a large Whirlpool plant which employs many Clyde residents, then gave a speech centering on economic and trade issues.

The surrounding county has waited even longer for a presidential visit than the City of Sandusky did — Trump was the first since William Howard Taft in 1912. You can imagine what it means to a town of just 6,300 residents to have the president show up.

Except, there’s a problem: The Clyde Enterprise newspaper, a weekly publication dating back to 1878, was shut down in 2016.

It is among the more than 100 other newspapers in Ohio that have stopped publishing since just 2004.

And, on the rare occasion when a big event like a president visit happens, there aren’t the local reporters available to give the comprehensive picture. What might a well-sourced Clyde reporter have been able to write in comparing and contrasting President Trump’s economic comments versus how his policies have affected local Whirlpool employees?

One city over in my hometown of Bellevue, the local Gazette newspaper also shut down in 2016. I wish the Bellevue Gazette were still around to send a reporter down Route 20 to Whirlpool. Luckily, the town does have a weekly paper known as The Hub. This publication was originally based in the village of Attica and moved to Bellevue in 2018. It intends to publish a local write-up of Trump’s visit in the next edition on Thursday.

Surrounding publications did a stellar job this week covering the Trump visit. The closest newspaper to town, The Fremont News Messenger, wrote several preview articles, including a helpful piece explaining “5 reasons why President Trump is visiting Clyde.” The Toledo Blade’s Liz Skalka wrote a fascinating preview through the lens of an intriguing local resident.

Ohio is supremely lucky to have the amount of quality journalists it has — in print, television, digital and radio. Those which covered the Trump appearance did so capably and to the benefit of their readers, viewers and listeners.

I only wish the Enterprise was still around to have covered Trump, and then the local school board a week later.

These big news days are ones which make me miss these publications the most, but in truth, their real value comes by serving their communities each and every day.

If you live in a place with a local news outlet, picture your community without it. I encourage you to do what you can to not let that chance become a reality.

(Note: This column has been updated to include details about The Hub newspaper in Bellevue.) 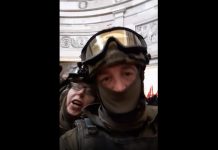