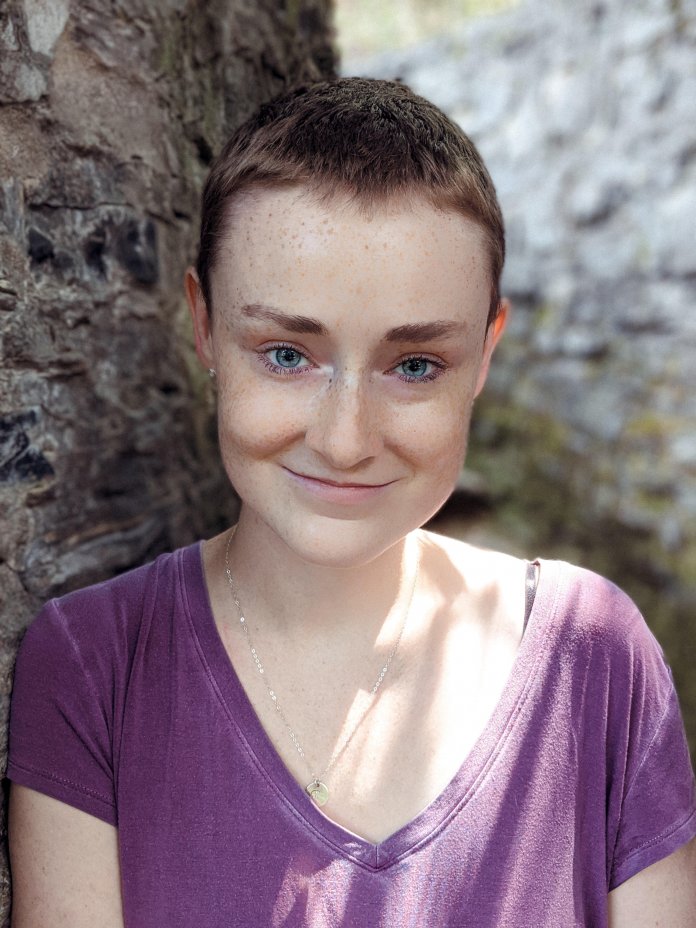 As Ohio enters into its fifth month of the new coronavirus pandemic with no end in sight, all eyes have turned to the hope of a vaccine in the near future. A number of notable pharmaceutical companies have now begun stage three trials, making the possibility of a vaccine sometime in the next six months to a year a likely scenario.

Yet, the roll out of a possible vaccine will likely be controversial due to the rise in vaccine skeptics in recent years and a number of Ohio lawmakers have already voiced their concerns on the topic. But for those of us who know what it’s like to live life unvaccinated, questions of vaccine safety or even “medical freedom” pertaining to vaccination are not only removed from reality, but also built on generations of stigma and harm to already marginalized communities.

I would know. I am one of the few people that knows what it’s like to go from being a fully vaccinated adult to having the immune system of a newborn baby.

In July of 2018, after battling a rare blood disease since 2013, I was given a new chance at life by receiving a non-related donor bone marrow transplant. The process works by removing a person’s bone marrow, thus eradicating their blood cells and immune system, with chemotherapy and then introducing donated bone marrow to the patient and re-growing a new, healthy immune system in its place.

Two years later, I have a brand-new immune system and my blood type has changed from A to O positive. I have been cured of a disease that has no other known cure. But I am also a 22-year-old woman with the immune system of an infant, and that includes being unvaccinated. When I wiped away my old immune system, my vaccinations went with it, leaving me susceptible to everything from pneumonia to measles.

As a result, I’ve lived in varying states of social distancing for two years. I have worn a mask every time I have appeared in public since 2018 — during my college classes, work, and (very carefully) hanging out with my friends. My life is one of constant hand sanitizing and anxiety.

Quite simply, life unvaccinated is terrifying and Americans are only now experiencing just a little bit of the world that I have been living in for years. Being unvaccinated is dealing with COVID-19 times 100% all day, every day, and the consequences can be devastating.

Last summer, I got meningococcal pneumonia and almost died. It took an ICU admission, weeks of treatment, a 24/7 drip of IV fluids for three months, and six months of recovery after that to get back on track. It was by far the most horrifying admission of my life and resulted in an $80,000 medical bill that still haunts my dreams.

By the time that I was finally able to begin my infant vaccinations this past December, I was beyond thrilled to be receiving them. Only since then have I truly been able to get my life and health back on track. Vaccines have brought me back my sense of freedom. Vaccines are a simple and effective gateway into some semblance of safety. They’re absolutely a privilege, and one that impacts the most vulnerable in society.

Ironically, those who are unable to be vaccinated for medical reasons or may have negative reactions to vaccines are often used as examples for anti-vaccine arguments, but the reality is that if someone cannot tolerate a vaccine, they likely need the people around them to be protected even more.

I have friends and loved ones who have had negative reactions to vaccines in the past, but in those circumstances, it becomes even more important for those around them to be vaccinated to form herd immunity. Because of this, anti-vaccination rhetoric harms even the people it seeks to protect — those of us who could be harmed by vaccines are denied herd immunity and left vulnerable. And given the severity of the disease’s vaccines prevent, it’s far more likely that the disease you’re potentially exposing yourself by not vaccinating will cause more lasting medical problems than the vaccine itself.

The common myths frequently associated with vaccines are also not victimless. The larger public narrative on vaccination is also heavily based on stigmatizing the disability community. The long pervasive myth that vaccines cause Autism and many other diseases and conditions has not only been proven untrue by countless studies, but also devalues the lives of people living with disabilities who are perfectly happy, capable individuals. Within the Autistic community, which includes a very diverse and thriving spectrum of people, many individuals on the Autism spectrum do not believe there is anything wrong with them and embrace their neurodivergence as a part of their identity. Being on the spectrum is not a bad thing.

The narrative that people with disabilities are inherently to be corrected tends to stem from not the disabled person themselves, but the people around them — specifically parents and caregivers. There is little to no input by people who actually live with these conditions included in the conversations, but rather an unfounded assumption about their quality of life that has far reaching consequences. It’s a concern that stems from the caregiver’s personal prejudice against the disability community rather than a concern for the future of their child.

When a group states that they are willing to allow their child to die of a deadly virus rather than hypothetically have a child with a disability, they are not truly valuing life or defending the rights of their children — they are saying they would rather have a dead child than a disabled one. They are saying that they are willing to allow people like me and my community to suffer preventable illness or death because they do not believe we are worth protecting.

Of course, it is the job of public health to ensure the protection of marginalized people, but it is a collective effort. Without the foundation that safety measures like vaccines provide, people actually have very little freedom to move safely in daily life. We’re now seeing that represented on a massive scale amid the coronavirus pandemic, but it is true for all the diseases vaccines protect against. When we choose not to vaccinate, we are not protecting anyone — not even the people we love most.

How a state senator and 33 family members caught COVID-19