The state General Assembly is not deploying any legislative effort to respond to the health toll of a pandemic that has killed 4,165 Ohioans so far this year.

Senate President Larry Obhof, R-Medina, said Tuesday there’s not much he can do.

“What magic law do you want me to want me to pass that will increase the number of tests?” he said when asked why lawmakers aren’t addressing COVID-19 health issues. “What’s your magic number for tests? Every single issue that everyone deals with is not an issue for the Ohio Revised Code.”

After the interview, an Obhof spokesman sent a list of bills he said is related to the coronavirus.

The list includes legislation that steers congressionally allocated funds toward pandemic response efforts. It also contains proposals for expanded outdoor restaurant seating, one shielding business from coronavirus-related lawsuits, and another that establishes requirements for the operation of mobile dental facilities in Ohio.

When asked by a reporter about any health legislation responding to the pandemic, newly elected House Speaker Bob Cupp, R-Lima, didn’t signal anything coming down the line. His predecessor in May said there would be no bills from the House to slow the spread of COVID-19.

Tuesday brought a bevy of legislative action, most of which had little to do with stopping a virus that has infected more than 124,000 Ohioans, about 13,500 of whom were hospitalized.

Obhof made his remarks after testifying on a bill he introduced (which is unusual in itself from the chamber’s ranking member) that would prohibit a public official from issuing any order preventing the sale of firearms.

Ohio’s stay-at-home order, issued early on to mitigate the pandemic, specifically allowed gun stores to remain open during the shutdown. The industry saw record sales at the time, according to FBI data.

Meanwhile, former House Speaker Larry Householder, who was indicted on an alleged $61 million political racketeering scheme, made his first return to the chamber since his July arrest. He claimed his innocence, and said he did not know the identity of the unidentified Republican lawmaker who prosecutors say fed them damning text messages in their investigation.

At his last public appearance at the Capitol, he baselessly claimed the Ohio Department of Health is counting some COVID-19 cases twice and some as many as 15 times.

The House, under both Householder and Cupp, has legislatively attacked Ohio’s public response to the pandemic. The bills (none of which have become law) include requiring written consent before the time-sensitive contact tracing process begins, curtailing the state health director’s ability to issue public health orders, allowing localities to opt out of those orders, and reducing the penalties for flouting those orders.

The House has also voted down requirements that members and staff wear masks in the Capitol. Some Republican members have campaigned against wearing masks, which peer-reviewed research suggest could be a powerful tool against the virus, and villainized the practice of contact tracing.

The animosity toward public health is a byproduct of “extremists” in the Legislature, according to House Minority Leader Emilia Sykes, D-Akron.

“We have offered several ideas and conversations and things to do, but they continue to get shot down because unfortunately we are not in a body that truly believes public health is an important thing to invest in,” she said.

Ohio needs to invest in public health, Sykes said, and address health disparities between white communities and communities of color in Ohio.

“Unfortunately, this coronavirus became a political pandemic rather than a health pandemic,” she said. “The response to it boiled down to where you were on the political spectrum, rather than looking at the science and following that lead and making adjustments as necessary.” 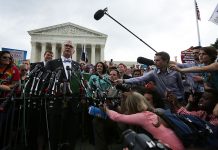