The feds say the goal was to pass House Bill 6, a $1.3 billion bailout that went primarily to two failing nuclear power plants, but also subsidized two failing coal-powered generators. In addition, the money was used to fund a xenophobic campaign to stop a voter repeal of HB 6 and to line the pockets of Householder and his alleged conspirators, federal officials said.

In its filing, the consumers’ counsel said it was asking the utilities commission to do its job.

“The (Public Utilities Commission of Ohio) has the right and duty to regulate public utilities, for the protection of the public,” it said. “The PUCO should require FirstEnergy to show that money it collected from consumers, including the distribution modernization charge money, was not improperly used regarding House Bill 6 and that it did not violate any utility regulatory laws or PUCO orders regarding House Bill 6.”

A FirstEnergy spokeswoman said her company will comment through official channels.

“We are unable to comment on pending litigation, but we will respond to the motion by September 23 as required,” External Communications Manager Jennifer M. Young said in an email.

In its filings, the consumers’ counsel noted that “Long before the House Bill 6 subsidies, FirstEnergy was authorized to charge its consumers nearly $7 billion for these and other FirstEnergy power plants as part of the transition to power plant competition (and a supposed end to future power plant subsidies) under Ohio’s 1999 electric deregulation law.”

The documents also focused on $465 million FirstEnergy was allowed to collect from Ohio ratepayers in 2017 and 2018 as a “distribution modernization rider.” In other words, the charge was meant to fund improvements to the lines and poles and other equipment needed to efficiently deliver electricity in Ohio.

The consumers’ counsel pointed to an independent audit showing that at least some of the money was used for other purposes. For example, it was placed in FirstEnergy’s “Regulated Utility Money Pool,” where its out-of-state utilities could borrow from it.

The dividends FirstEnergy paid shareholders also took a big jump once the company started collecting more from ratepayers, supposedly to improve the power grid. The money for dividends from FirstEnergy’s Ohio utilities went from $141 million in 2016 to $350 million in 2017 — the first year of the subsidy — to $400 million in 2018.

The Ohio Supreme Court subsequently declared the charge to be unlawful, but the money wasn’t refunded to ratepayers.

After the court ruling, the utilities commission shut down an investigation into the extra charge and how the money was used. But now the consumers’ counsel says it “should be reopened in light of the new information alleged in the U.S. Criminal Complaint about FirstEnergy’s use of extraordinary amounts of money in its efforts for the passage of House Bill 6.”

After other interested parties have a chance to respond to the consumers’ counsel motions the utilities commission will decide whether to approve them. 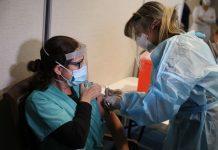