On any given day in Ohio, as many as 12,000 people are held in jail pretrial. Most are jailed not because of what they’ve allegedly done, but because of what they don’t have. This is due to Ohio’s reliance on cash bail, which creates a two-tiered system of justice in which those with resources go home to their families, and those without languish in jail unnecessarily. The extreme personal hardship and public safety concerns created by this system are horrific and well-documented, but there are also others harmed by this system: taxpayers.

It’s obvious that holding people in jail unnecessarily must be expensive, but we wanted to learn just how expensive. The ACLU of Ohio embarked on a two-year project and hired an expert economist to determine what cost savings could be realized if Ohio were to adopt common sense bail reform. The numbers are in, and they are astonishing. We estimate our policy recommendations would save Ohio $199 to $264 million each year.

Currently, in many jurisdictions across Ohio, if someone is arrested, they may be able to post bond via a bond schedule, or a table that specifies a crime (i.e. theft) or crime type (i.e. fourth degree felony) and a corresponding amount that can be posted to buy their freedom. Too often, when the accused person ultimately goes before a judge, the judge also sets cash bail in an amount the accused cannot afford, which leads to continued wealth-based detention.

This use of cash bail is dangerous because it allows wealthy individuals who may pose a threat to buy their release, while stranding in jail those who do not pose a threat but who don’t have the means to buy their freedom. The personal cost for those forced to languish in jail is enormous: they are put at risk of losing their job, their home, and even custody of their children.

Together with community activists, organizational leaders, and impacted individuals, we developed policy recommendations seeking to promote public safety and end wealth-based detention. Our recommendation is simple: Create a release valve for everyone, much like the one that currently exists only for the wealthy. Instead of resources determining someone’s freedom, we propose that most people go home on the same day as their arrest, and for those who pose a flight risk or a threat to a specific person, a conditions of release or detention hearing should be held within 48 hours.

Our expert economist analyzed court and jail data from four counties in Ohio — Cuyahoga, Franklin, Athens, and Vinton — to estimate the cost and potential cost savings of our policy recommendations. He found that 63% of pretrial bed usage in Ohio is for people charged with misdemeanors or non-person felonies (felonies that don’t involve contact with another person, such as drug possession), and that most remain in jail simply because they cannot afford to post their cash bail.

This population alone costs Ohio $195 to $253 million each year. Our expert economist further estimates that our policy proposals would reduce the pretrial jail population by 69% which would save $218 to $284 million in jail costs per year. However, we recognized that more people being released would increase the number of people on pretrial supervision. While not everyone released pretrial should be supervised, we conservatively took into consideration what it would cost to supervise each person newly released under our policy. In total, the estimated cost savings of our proposal, accounting for increases in supervision, is $199 to $264 million per year.

Importantly, this enormous opportunity for cost savings does not even account the ways in which our work force is depressed by the current system or the increased social service requests that result when people lose their job and home because they’re unnecessarily held in jail. This quantitative analysis also certainly does not account for the devastating personal hardships created by our system’s current overuse of cash bail. The savings we’ve outlined are realized through decreases in jail costs alone. The total savings from our proposal are likely to be far larger than our conservative $199 to $264 million per year estimate.

In a year during which our governor proposed a $300 million cut to K-12 public school funding, $210 million from Medicaid funding, and $110 million from college and university funding to make up for the loss of tax revenue due to COVID-19, we believe our elected officials have a responsibility to review current systems for inefficiencies and waste, and determine where cost savings can be realized.

Ohio should adopt bail reform because wealth should not determine anyone’s freedom, and we unnecessarily harm our neighbors and ourselves every day that we let wealth-based detention continue. Luckily, as an added bonus, such reform would also save Ohio much needed taxpayer dollars.

Please read more about how Ohio could save big with bail reform in our full report, available here. 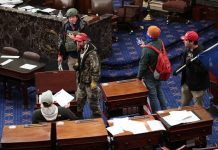