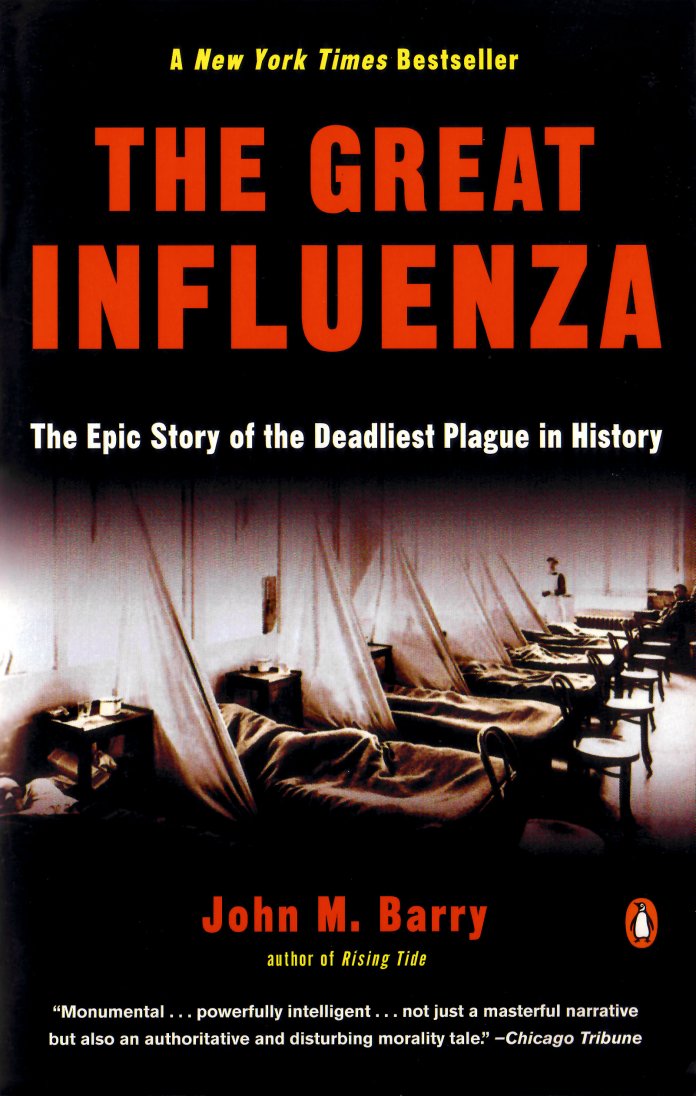 “Just tell the truth,” said Barry, who wrote “The Great Influenza: The Story of the Deadliest Pandemic in History” and has advised two U.S. presidents on pandemic preparedness.

President Donald Trump admitted last week he downplayed the threat posed by the coronavirus in February to avoid a panic. He said in private it was deadly and then compared it to the flu in public. He has repeated untrue claims that the virus will disappear on its own, that 99% of cases are asymptomatic, and that it’s a hoax.

Even Republicans who have responded aggressively to the virus like Gov. Mike DeWine, who was among the first governors to close Ohio K-12 schools in March, have generally avoided commenting on Trump’s words and actions.

DeWine has issued advice that contradicts Trump (including ordering a statewide mask mandate while the president continues to publicly abstain from wearing one) but doesn’t dwell on the contrast.

Barry criticized the unwillingness of some elected officials to confront Trump.

“As a general rule, I’ve been disappointed by people representing institutions, whether it’s in the Congress our outside the Congress, for not standing up to Trump when he has violated fundamental principles,” Barry said in an interview.

“And one of the fundamental principles is telling the truth. I think a direct confrontation is much more useful, particularly by somebody from his own party who cannot then get accused of partisanship. That would get a lot more traction.”

The 1918 flu killed about 100 million people, including some 675,000 Americans. Barry went on to informally advise Presidents George W. Bush and Barack Obama on pandemic preparedness. DeWine has mentioned reading the book on several occasions.

The government downplayed the severity of the flu in 1918, Barry said, but the motives were different. President Woodrow Wilson sought to minimize the threat of influenza to avoid damaging the war effort.

Whatever the motives today, Barry said, leaders must tell the truth in a pandemic. Trust in the media and government institutions is at a low. Politicians won’t reach everyone but could reach some.

That said, he’s not optimistic.

“How could anybody be optimistic? I’m astounded,” he said. “We have so many wasted resources. We have done such a poor job. We have so many people dead. We have a real possibility of things getting a lot worse.”

Bars have proved to be a vivid example of a lack of federal policy cascading into individual states.

He spoke from New Orleans, where bars are closed by public health order. In Ohio, despite the 4,580 killed by the virus and nearly 142,000 infected, residents crammed into indoor bars Sunday to watch the Cleveland Browns lose 38-6, according to a Cleveland.com report.

After the 1918 pandemic, there were complications from the virus that didn’t appear until into the 1920s. Cincinnati’s public health agencies examined 7,058 influenza victims and found 5,264 needed medical assistance and 643 had heart problems, according to Barry’s book.

“We know now that even people who have no symptoms whatsoever, younger people, there’s real evidence of damage to heart and damage to the lungs of people with no symptoms,” he said. “We don’t know if those things are long lasting, or permanent, or what kind of repercussions will come in the future, but we do know there’s real damage.”

DeWine’s message on non-pharmaceutical interventions (masks, social distancing, etc.) is being drowned out by Trump’s. Barry said there’s only one answer.

Speaking to reporters Tuesday, DeWine said the White House has been attentive when he has called for help. He sidestepped commenting on whether Trump has told the truth about COVID-19.

Ohioan reports being recruited for plot targeting Gov. DeWine at his home