Courtroom battles. Victories and appeals. Allegations of a judicial conspiracy.

Political parties are involved in a flurry of Ohio lawsuits surrounding the 2020 General Election before the first votes here have been cast.

The Ohio Democratic Party and other voter advocacy groups have filed lawsuits against Secretary of State Frank LaRose seeking to change certain aspects of how the election will be conducted.

Republican interests — including the Trump reelection campaign —  have filed to intervene in each case, arguing any changes enacted could lead to a competitive disadvantage.

Here is an explainer of what the cases are about, and how the results may affect Ohio voters this election season:

There are two pending lawsuits related to the use of ballot drop boxes.

Background: Ohioans who request an absentee ballot have two available methods of returning it. They can mail it back to their county’s board of elections office, or they can drop it off in a secure drop box located at that office.

Secretary LaRose issued a directive to all 88 counties that they are to make one drop box available for the fall election. Ohio Democrats and voter rights groups want more drop boxes made available in other areas of Ohio, not just one located in each county seat.

The Democrats believe drop boxes are a useful tool for voting this fall, as both a way to avoid casting a ballot in person amid the pandemic and also to avoid any postal delays.

The Trump presidential campaign, the Ohio Republican Party, the Republican National Committee and the National Republican Congressional Committee all jointly filed to intervene as party defendants. In essence, this means they appeared in court to argue against the plaintiffs’ case.

Collectively, they argued that changing the number of drop boxes in each county could alter the “competitive environment” for the 2020 election.

There is a second lawsuit related to drop boxes filed in federal court. The League of Women Voters and several other advocacy groups are also suing LaRose over the drop box issue. Republicans have intervened in the case. A hearing is scheduled for Sept. 23.

Result of lawsuits: In Franklin County, Judge Richard Frye ruled that existing state law does not support LaRose’s one-drop box-per-county directive. Frye ruled it would be lawful for counties to install more drop boxes as they see fit.

After some legal back-and-forth, Frye wound up issuing an injunction to prevent enforcement of the drop box directive. LaRose has appealed the ruling, and the injunction is halted until the appeal can be heard.

After the ruling was announced, the Ohio Republican Party issued multiple tweets and statements accusing Frye, a Democrat, of having colluded with the plaintiffs during the case.

“Every one of Ohio’s 722 judges, 800 magistrates, and numerous active-retired judges should be greatly concerned and voice their dismay at the irresponsible Republican Party allegation that politics controlled the judge’s decision,” O’Connor wrote. “This is a blatant and unfounded attack on the independence of the Ohio judiciary.”

The tweets were later deleted. A lawyer for the Ohio Republicans told Frye the legal counsel was not involved with issuing the accusatory statements.

How do these cases affect voters? This legal result may be the difference between having a longer trip to the drop box or a quicker one.

If LaRose prevails, there will still be one drop box available in each county. If not, some county boards of elections may choose to quickly install other boxes before early voting begins Oct. 6.

Background: In Ohio, eligible voters must request an absentee ballot before receiving one.

LaRose issued a directive to the 88 counties that they should only accept absentee request forms that are dropped off or mailed to the board of elections office.

Ohio law states an absentee ballot application “need not be in any particular form,” but must contain specific pieces of voter information such as an address and date of birth.

Voting rights advocates want to see this system modernized to allow for online ballot requests, as it already does for military and overseas voters. (Ohio also currently allows for online voter registration.)

LaRose has said he supports this change, but believes it must come from a new law passed by the state legislature. State Sen. Theresa Gavarone, R-Bowling Green, introduced legislation to this effect in 2019 but it has not gained much traction.

The Ohio Democratic Party sued LaRose in Franklin County Common Pleas Court, with the phrase “need not be in any particular form” at the center of its lawsuit. The suit hoped to have a judge declare that boards of elections could accept absentee ballot requests from all voters by digital means.

Once again, Republicans and the Trump campaign intervened and argued such a change could alter the election’s “competitive environment.”

Result of lawsuit: On Sept. 11, Common Pleas Judge Stephen McIntosh ruled in favor of the Democrats. McIntosh issued an injunction to prevent enforcement of LaRose’s directive.

LaRose’s office quickly appealed the ruling to the 10th District Court of Appeals in Ohio. The injunction is halted so that the appeal can be heard.

LaRose said in a statement that McIntosh’s ruling would make Ohio vulnerable to cyberattacks. He takes issue with elections officials having to potentially download emailed attachments of completed ballot applications.

“Today’s ruling rolls out the red carpet to Russian hackers — painting a giant bullseye on the back of our election system and upending the significant progress Ohio has made on elections cyber security,” he said.

The appeal is pending.

How does this case affect voters?

The ruling would impact the way in which voters would be able to request absentee ballots over the next six weeks.

Election Day is Nov. 3; an absentee ballot request must be received by an elections office at noon on Saturday, Oct. 31 in order for it to be processed.

Should the lower court’s ruling hold up, voters would be able to send in the request digitally rather than through the mail.

Regardless of form, LaRose has urged Ohioans to not wait until that final available day to submit the ballot request — he warned it may be impossible for a ballot to be mailed out to a voter and returned in time to be counted.

An absentee ballot must be postmarked by Nov. 2, the day before the election, in order to count. Or it can be dropped off at a ballot drop box up until polls close at 7:30 p.m. on Election Day.

Background: In Ohio, voters have to sign their absentee ballots and ballot request forms. Elections officials compare these signatures to the one on a voter’s original registration.

If it’s a match, the ballot is deemed valid. If not, it may be rejected. The Associated Press reported that thousands of Ohio absentee requests were denied in 2018 because of missing or mismatched signatures.

The signature check is viewed as a way to verify the correct person is filling out an absentee ballot. Voting advocacy groups believe the system is too subjective and leaves otherwise eligible voters vulnerable to disenfranchisement.

In July, the League of Women Voters of Ohio and the A. Philip Randolph Institute filed a lawsuit against LaRose in U.S. District Court.

The lawsuit seeks that the court declare the signature matching process (as currently practiced) to be unconstitutional. The plaintiffs want to see “uniform standards” put into place, and hope the court will issue an injunction to prevent county boards of elections from carrying out signature matching checks until such standards are enacted by LaRose’s office.

Republicans have intervened in the case.

Result of lawsuit: Judge Michael Watson has yet to decide on the matter of issuing an injunction.

How does this case affect voters? This depends on how the court rules, and in what way absentee voter verification may be altered for future elections.

LaRose has said county boards will work to contact voters directly if there are issues with their ballots, with a “cure period” in place to get valid ballots properly counted. 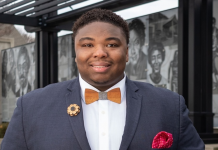 Bankruptcy judge orders lobbyists to explain their role in HB 6