In my work — lawyering for reproductive justice by analyzing public policy affecting the underserved populations of Memphis for SisterReach — I know firsthand that Black women and other women of color are far less likely to receive the same quality of healthcare as white women. They’re also more likely to have limited access to healthcare coverage, based on the color of their skin and/or their socioeconomic status.

This has caused countless numbers of women to lose their lives because their pleas for treatment were ignored, or they were not afforded the opportunity to access healthcare in a timely manner. If the Affordable Care Act (ACA) is repealed, this number will gravely increase — and if an upcoming Supreme Court case is decided against the people the ACA was designed to protect, that’s exactly what will happen in Tennessee.

On Nov. 10, the U.S. Supreme Court will hear oral arguments in Texas v. California to decide whether individual mandated coverage clauses in the ACA are severable, and/or whether the act should be invalidated entirely. At the center of this lies the potential elimination of healthcare for over 3 million Tennesseans who rely on ACA coverage, the loss of which would be a devastating outcome that could rest on a swing decision from new Supreme Court Justice Amy Coney Barrett.

Troublingly, Barrett’s record reflects a lack of interest in correcting systemic racism or in pursuing racial justice, which is why it is even more important now to protect the rights of Black women and other women of color, including our access to health care. We cannot allow a single individual, through a rushed confirmation and with questionable qualifications, to hinder the progress of those of us who are working to ensure reproductive justice and bodily autonomy. I am speaking out because this does not just affect or merely inconvenience Black women and women of color — our lives are on the line.

Women require substantially higher contact with medical providers no matter their age or health status. Women are more likely than men to experience chronic conditions, which would render them ineligible for healthcare coverage without the ACA’s protections. We are more likely to be treated for mental health conditions, and many of us need access to contraception, pap smears, and mammograms. And trans women, trans men, and gender-nonconforming people are often discriminated against in many health insurance policies and programs that exclude them from coverage.

Couple this with the fact that women still earn less than their male counterparts. Recent studies show that the socioeconomic gap is far worse for women of color, taking a woman of color on average 13 years to financially compare to a white male, despite having the same level of education, training, and qualifications in the same career field. When financial insecurity factors into all your life decisions, doctor visits become a see-saw game: pay for household groceries or the medical co-pay — and if you cannot afford the co-pay, what happens when it’s time to cover the cost associated with treatment?

Women are more likely than men to experience chronic conditions, which would render them ineligible for healthcare coverage without the ACA’s protections.

As a result, women of color often ignore signs of failing health due to the financial consequences associated with a diagnosis. So the generational cycle of inequality is continued: implicit and explicit racial bias in health care, combined with race-based economic disparities and misogyny, particularly misogyny and violence against trans people (especially against Black women and women of color), put people’s health, lives, and families in imminent danger.

The ACA has aided in the mitigation and correction of this deadly cycle — benefits that far outweigh criticism of the Act, which is predominantly concerned with its cost. Opponents of the ACA would state that healthcare is not a human right, and that the ACA costs American taxpayers too much. But at what cost savings, human life? The ACA’s critics fail to see the overall benefits that the ACA provides.

Any interruption of healthcare coverage is unacceptable, and today, approximately 23 million people rely on provisions afforded by the Affordable Care Act to maintain their general wellness. But the reality is that, for women of color, health care injustice follows us from birth, silencing our voices and harming our well-being. Currently, Tennessee is among the 14 states that have failed to expand medicaid and guarantee that even with a world without the Affordable Care Act, each constituent of Tennessee will have access to affordable and quality healthcare.

It is important for us not to become discouraged, but to join coalitions promoting equality, to encourage legislators to make a plan to fill in the gap if the ACA is repealed, and most importantly, to continue to educate ourselves on laws that affect us locally, regionally, and nationally. 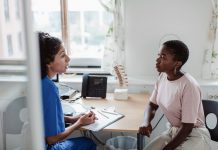 How Ohio should value Black lives in health care 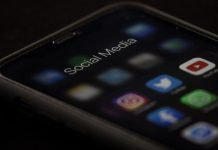 3 reasons for information exhaustion – and what to do about it

Is a new stay-at-home order on the docket for Ohio this winter?

Why protecting the ACA is crucial for women of color