WASHINGTON — Democrat Joe Biden’s native state of Pennsylvania on Saturday secured his victory to become the next president of the United States when The Associated Press reported he had gained enough votes there to win the electoral college.

The AP called Pennsylvania for Biden at 11:25 a.m., which gave the former vice president 284 electoral college votes to 214 for President Donald Trump. That tally includes Arizona, which the AP and Fox News have called for Biden, but other news outlets have not due to the narrow margin and remaining ballots.

“I am honored and humbled by the trust the American people have placed in me and in Vice President-elect Harris,” Biden said in a statement. “In the face of unprecedented obstacles, a record number of Americans voted. Proving once again, that democracy beats deep in the heart of America. With the campaign over, it’s time to put the anger and the harsh rhetoric behind us and come together as a nation. It’s time for America to unite. And to heal. We are the United States of America. And there’s nothing we can’t do, if we do it together.”

Trump, who was at his Virginia golf course Saturday morning, issued a statement vowing to keep contesting the results, accusing Biden of “rushing to falsely pose as the winner.”

“The simple fact is this election is far from over,” Trump said in the statement. “Joe Biden has not been certified as the winner of any states, let alone any of the highly contested states headed for mandatory recounts, or states where our campaign has valid and legitimate legal challenges that could determine the ultimate victor.”

The AP call for Biden came after several excruciating days of mail-ballot counting in a handful of battleground states, where early in-person votes had favored Trump. But an unprecedented number of mail ballots — which Trump had portrayed as fraudulent and urged his supporters not to use — favored Biden, allowing him to overcome deficits in Michigan, Wisconsin, Pennsylvania and Georgia.

Trump has challenged those results, through lawsuits in those critical states and in a statement from the White House Thursday evening, in which he cast aspersions on the vote-counting process without citing any specific evidence for his claims.

“This election is not over,” the Trump campaign legal counsel, Matt Morgan, said in a statement after Pennsylvania’s updated vote totals gave Biden a lead on Friday morning.

Responding to reports that Trump may not concede once the race is called, a Biden spokesman said in a statement Friday: “As we said on July 19th, the American people will decide this election. And the United States government is perfectly capable of escorting trespassers out of the White House.”

Biden made a short public statement late Friday in Delaware, urging patience with the vote-counting process and expressing confidence that he would ultimately be declared the winner.

“The numbers tell us a clear and convincing story: We’re going to win this race,” Biden said.

“Today we celebrate the end of the Trump presidency and thank every person in Ohio and across the country who played a role in making that happen,” he said. “You were there when your country needed you most.”

Even with the presidential result appearing to be clear, there remain ballots that were received by Election Day to be counted in a number of states. As in every election, states will still be receiving ballots from overseas and military voters, and will need to certify their initial vote totals.

And in Georgia, where Biden also pulled ahead overnight, a recount is expected due to the very narrow margin between the candidates.

Where do the vote totals stand in Pennsylvania?

As of 11:30 a.m. Saturday, Pennsylvania’s state election data showed Biden with a lead of 28,393 votes. That narrow lead had been growing since Friday morning, when Biden pulled ahead after trailing Trump in Pennsylvania’s early vote totals.

The tsunami of mail ballots from more than 2.6 million Pennsylvania voters favored Biden 3 to 1, allowing him a deficit of nearly 700,000 votes late on election night.

The volume of those ballots in a state that had massively expanded access to mail balloting just last fall, combined with rules preventing county officials from starting to open those ballots until Tuesday morning, resulted in a slow counting process.

Legal action from the Trump campaign also slowed down Philadelphia’s counting process. A judge ruled in favor of the campaign’s request for closer access to observe the city’s ballot counting, leading to a two-hour pause Thursday and a shift to only use the equipment where observers could watch, the Inquirer reported.

The Trump campaign did win a favorable ruling from the U.S. Supreme Court Friday evening, when Justice Samuel Alito approved a request from Republicans to require late-arriving mail ballots be segregated from the state’s tallying. But the Pennsylvania Capital-Star reported that state officials already had requested county election officials to do so.

Pennsylvania wasn’t the only state where Biden came from behind on Friday: He also had notched a slim lead in Georgia, which had grown to 7,200 votes as of Saturday morning, according to the Georgia Recorder. Mail ballots there had been steadily reducing Trump’s lead in what has been a Republican stronghold, and updated tallies from suburban Clayton County pushed him into the lead.

But it may not be clear for weeks who has secured the state’s 16 electoral votes. Georgia’s secretary of state told reporters Friday there will be a recount.

Biden has a shrinking lead in Arizona, where he was ahead of Trump by 20,573 votes Saturday morning. That’s down from a lead of 68,000 votes as of Thursday morning, according to the Arizona Mirror.

Arizona also was still sifting through stacks of mail ballots at the end of the week. As of Friday morning, Maricopa County had about 140,000 early ballots left to count, plus nearly 6,000 early ballots that required signature verification, and another 16,000 provisional ballots.

When will Nevada wrap up its count?

Biden had a lead of 22,657 votes as of Friday, according to the Nevada Current, but the state was still far from finished counting.

Clark County, Nevada’s most populous county and also its bluest, still had approximately 63,000 mail ballots to process and count as of Friday morning, the Current reported. Additionally, there were 44,000 identification-required ballots and 60,000 provisional ballots to tally. 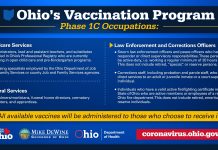 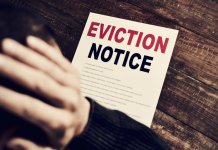 AP declares Joe Biden is the next president