ARIZONA — For recognizing the reality that the 2020 election was conducted freely and fairly, and acknowledging that simple math dictates there was no possible way that Donald Trump would receive the votes he needed to catch Joe Biden in Arizona, Attorney General Mark Brnovich is being lauded as a fearless truth-telling hero and derided as an election-stealing villain.

He’s neither. But such is the state of our political discourse after four years and three national elections that have seen Republicans actively undermining our elections by deriding them as unfair and rigged and rife with fraud.

In following the arc of Republican embrace of those lies in the age of Trump, we can see clearly that the party that holds itself up as flag-bedecked constitutional warriors is intentionally setting fire to an electoral system that has been the envy of the world — the most important and perhaps most fragile of all our national institutions.

When Trump declared in 2016 that his anticipated defeat was because of “rigged” elections, prominent Republicans like House Speaker Paul Ryan objected — but most swallowed their tongues, offering tepid disagreements but not outright condemnation, for fear of upsetting the GOP nominee.

Trump won the Electoral College, but was clearly wounded by the reality that he lost the popular vote to Hillary Clinton by 2.9 million votes, so he invented without a shred of evidence sprawling claims that at least 3 million illegal votes had been cast. He created a commission to ferret out the evidence, but it met only twice and was dissolved nine months later, finding absolutely nothing. Republicans again mollified him, fearing his ire.

Amid the 2018 “blue wave” of Democratic enthusiasm and success at the polls, Trump complained — again, with not a scintilla of proof — that Democrats were “stealing” elections in Arizona, Florida and elsewhere.

But the reaction among Republicans was different. While two years prior those allegations were met with eye-rolling and verbal gymnastics from GOP officials who wouldn’t go so far as to denigrate our elections, Trump’s baseless claims in 2018 prompted Republicans to make absurd and downright silly arguments about how the election was stolen. How else, they proclaimed, could you explain election results that didn’t favor Trump or the GOP?

Now we know that 2018 was just an intermediate step into the full-throated attempt by the Republican Party to maintain power at all costs, with the entire party apparatus throwing out wild and fact-free allegations that our elections were hopelessly filled with illegal votes and altered ballots and theories that Democrats cheated to defeat Trump.

(Nevermind that the Democrats were apparently too dumb to ensure they won the U.S. Senate or maintained their margin in the U.S. House — or that the supposed thieves didn’t even ensure their own elections.)

The Trump campaign and its allies have brought at least 20 legal challenges in five states, many that seek to overturn their elections. But those challenges aren’t based on actual proof of malfeasance. Rather, they were filed in many cases as a way to find that elusive proof. Judges have been rightly skeptical and have quickly tossed many of the challenges.

And it shouldn’t be a surprise that a defeated Trump is shredding a public fabric that he’s spent four years tearing. His only goal is to help himself.

Nor should it be surprising that a Republican Party that has debased itself to pledge fealty to a man whose selfishness is outstripped perhaps only by his dishonesty would turn itself into a reflection of that man.

Two years ago (very nearly to the day!) I wrote that the GOP’s attempts to declare an election fraudulent simply because they lost were an abomination, “not just (because) those in positions of leadership are opting to tell lies about the election system in response to losing at the polls, but that so many voters are willing to ignore what they know to be real and true in order to willingly believe the lies.”

But they want to believe, with as much sincerity as they’re able to trick themselves into faking, the fantasy that there is fraud, that there is a conspiracy to steal political power away from them, that their political opponents are evil and their time in positions of power will be nightmarish. Facts that refute the lie are instead used as evidence of the conspiracy, and truth-tellers become conspirators.

Well, fantasies – and nightmares, in particular – are exciting. The day-to-day existence can be mundane: cleaning the litter box, the drudgery of our jobs, doing laundry, and our orderly and peaceful elections. The prospect of a massive evil conspiracy of evil conspirators conspiring to do evil spices things up.

They’re having fun. They’re enjoying this. It delights them. A make-believe session of feigned indignation over imaginary outrages is a close substitute for emotional fulfillment.

They faintly realize that there are tangible repercussions to delegitimizing elections, both short-term and long-term. But that is outweighed by the moral superiority provided by pretending that you’re a hero, a righteous champion battling evil.

In his 1962 novel “Mother Night,” Kurt Vonnegut tells the story of an American spy in Germany who worked as a Nazi propagandist, but was in fact a double agent who sent coded messages to the U.S. in his transmissions.

Republicans have spent four years ignoring and then humoring and then repeating Trump’s vile and utterly false claims that strike at the heart of our democracy. Now, they are demanding exceptional and unprecedented remedies to problems that were fabricated out of whole cloth.

It’s no wonder that half of Republicans in 2016 and 70% today are convinced that the Democrat won the popular vote handily only because of election fraud.

They’ve become what they pretended to be. 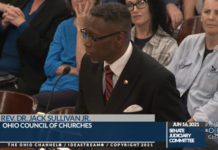 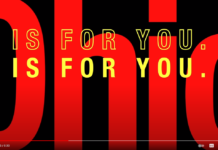 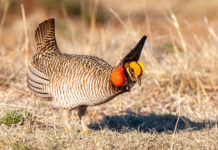 Lies, damn lies and the Republicans destroying our elections