A self-identified Ohio militia unit stormed the U.S. Capitol last week along with hundreds, if not thousands of others, part of a failed effort to overturn the 2020 U.S. Presidential Election.

The group, which calls itself the “Ohio State Regular Militia,” strongly resembles a unit that appeared at the Ohio Statehouse under the same name in Columbus on Nov. 7, the day media outlets first projected that Joe Biden won the election.

During that earlier demonstration, a woman in the unit who declined to name herself told a reporter she and the two others with her were there to “protect people.”

Photographs matching her likeness appear with a Parler social media account operated by a woman who identifies as the commanding officer of the “Ohio State Regular Militia.”

A man seen in pictures posted by the Parler account also resemble at least one of the male militia members with her.

Other third-party footage of the U.S. Capitol riots Jan. 6 shows a woman, also matching her likeness, moving with about 10 other people dressed in militia attire, making their way up the U.S. Capitol stairs.

The account on Parler, a social media platform recently favored by far-right groups as more mainstream social media companies have clamped down on election misinformation, contains photos of the woman with captions including “Me before forcing entry into the Capitol Building.”

The Ohio Capital Journal could not determine the woman’s name or those of the other purported militia soldiers.

Her posts contain links to videos she posted, though they are no longer available. On Monday, Amazon removed Parler from its servers, effectively scraping the site from the internet, NPR reports. The militia’s Parler account is still accessible via the Wayback Machine, which archives web pages.

“Yeah. We stormed the Capitol today. Teargassed, the whole nine [yards],” she wrote. “Pushed our way into the Rotunda. Made it into the Senate even. The news is lying (even Fox) about the Historical Events we created today.”

The invasion came as Congress was voting to affirm the results of the 2020 presidential election. An untold number of people, some of whom were armed or carried zip-ties, rushed into the building. They destroyed property and prompted an evacuation of the building. However, lawmakers returned late that evening, working into the morning to affirm the election results.

In another post, she criticized the U.S. Capitol Police, who she alleged were “killing Patriots” and assaulted Capitol entrants even though “we WERE peaceful.”

“We never smashed anything, stole anything, burned anything, and truthfully we were very respectful with Capitol Hill PD until they attacked us,” she wrote in a post Sunday. “Then we stood our ground and drew the line.”

Five people died during the raid, including Brian Sicknick, a Capitol police officer who was reportedly struck in the head with a fire extinguisher, and Ashli Babbitt, a woman shot by police trying to breach a door within the Capitol. Dozens of police officers were injured in the raid.

In the third-party video footage, the woman can be seen wearing an “Oathkeepers” patch. The Parler account makes several similar Oathkeepers references.

The Oathkeepers are a dues-paying subset of the militia movement, which centers on opposition to the federal government and a belief in specific conspiracy theories, according to Mark Pitcavage, a senior research fellow with the Anti-Defamation League’s Center for Extremism.

“It’s historically been centered around opposition to the federal government, a fixation or focus on firearms, and a belief in certain specific conspiracy theories generally revolving around the New World Order,” he said.

The movement aligned itself with President Donald Trump, Pitcavage said, prompting followers to refocus their ire on things like immigrants, state governments, lockdowns, “antifa,” and others. Militia movement groups have a long history of criminal activity, especially weapons and explosive charges as well as terrorism-related charges.

In November, three “Ohio State Regular Militia” members attended an event at the Ohio Capitol in which Biden supporters attended to celebrate news of his victory while Trump supporters came out to allege election fraud.

“We’re not here to enforce the law,” the woman in the group said. “We’re here to protect people.” 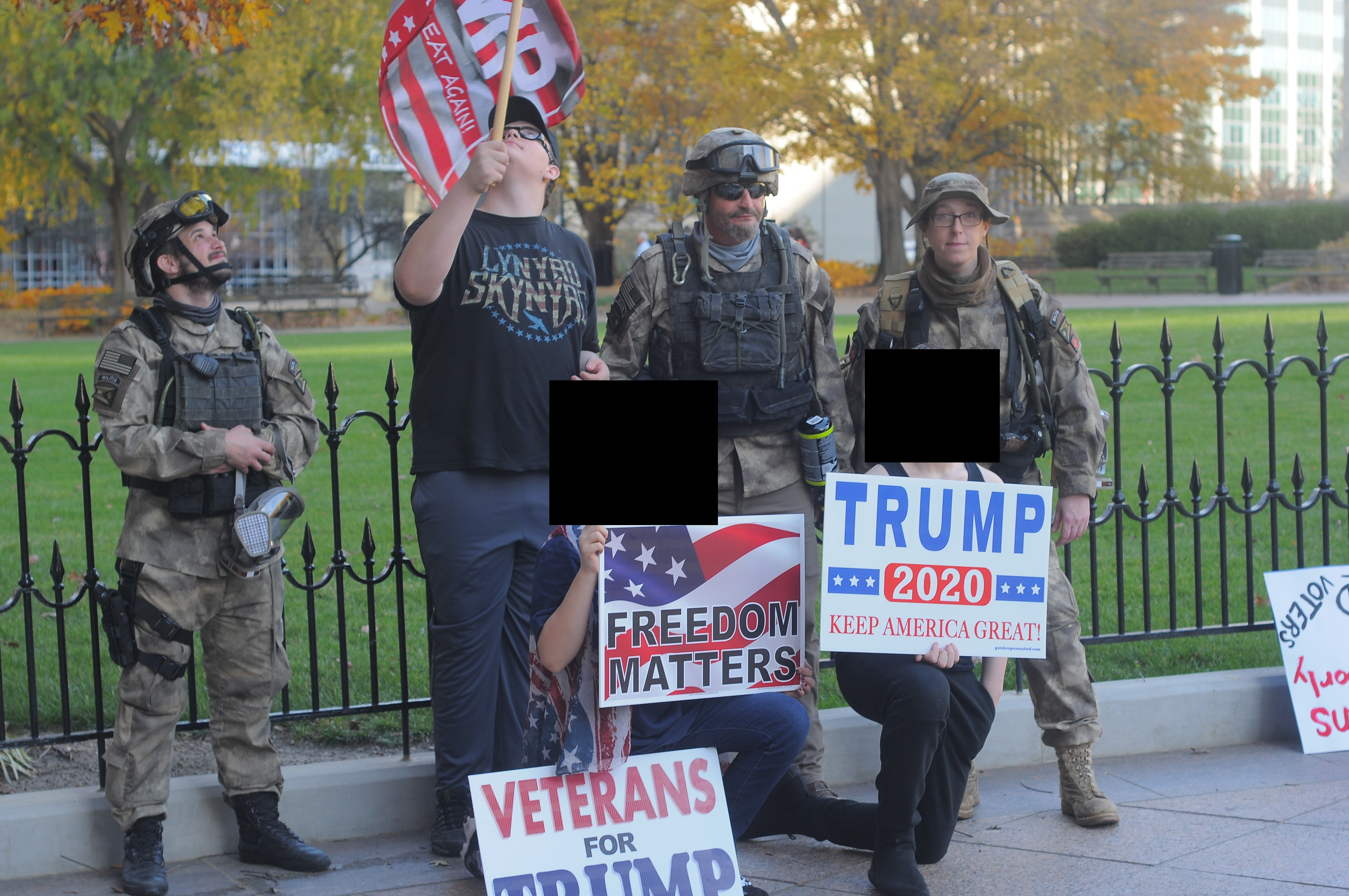 An Ohio Homeland Security spokeswoman said at the time that Ohio’s gun laws and the First Amendment to the U.S. Constitution together protected the militia’s behavior that day.

In a Monday statement, a spokeswoman for the Ohio Department of Public Safety, which houses OHS, said federal law enforcement is investigating what happened at the U.S. Capitol.

“We are not aware of any criminal allegations or investigations regarding the event referenced in your November inquiry,” said Kristen Castle, of ODPS. “While we cannot comment about any ongoing investigation or intelligence gathering, we encourage anyone with information about the Capitol to contact the U.S. Attorney’s Office.”

Pitcavage said the Jan. 6 riots were predictable, given recent invasions at state Capitol buildings in Michigan, Idaho, and Oregon.

“There’s no reason, especially when being incited and agitated over the election and the idea that the election was somehow stolen, it’s not at all surprising that some of them have would make their way to Washington D.C. and attempt to do something similar,” he said.

The Parler account’s first posts were written a week ago, suggesting it was recently created.

The militia, as evidenced by its posts, is planning to return. On Thursday, the unit offered to assist anyone in Washington D.C. to their hotel or vehicles “next week.”

It also posted about a “Million Militia March” set to occur Jan. 20 in Washington D.C.

An internal FBI memo obtained by ABC News states the bureau is warning that armed protests are planned at all 50 state Capitols starting this week and running through Biden’s inauguration.