The U.S. Census Bureau announced last Friday it has pushed back the deadline to release population data to Sept. 30, months later than was originally expected, due to the pandemic.

The delay could pose major problems for the Ohio redistricting process, which was completely overhauled  after voters approved reforms in recent years.

Legislative maps for the Ohio General Assembly and the U.S. House of Representatives are redrawn every 10 years. Ohio’s new process is set to be used for the first time this year, with fresh maps in place for the 2022 election cycle. (Flow charts detailing the redistricting process in Ohio are included at the conclusion of this article.)

Back in 2015, voters approved a new process which involves a 7-person, bipartisan Ohio Redistricting Commission tasked with drawing new state maps. This commission is required to vote on proposed maps by Sept. 1, with a two-week extension allowed if the first vote fails to reach a bipartisan consensus.

The process for redrawing Ohio’s congressional seats has slightly more wiggle room, but not much more. In 2018, voters approved a new process in which state lawmakers have the first shot at voting on replacement maps. The deadline for this vote is Sept. 30, with later deadlines in October and November in case the initial vote does not receive bipartisan support.

These reform plans were enacted years before the COVID-19 pandemic, and voters could not have anticipated the 2020 U.S. Census count would take so long to be processed.

Importantly, the Ohio Constitution does provide a Plan B of sorts. It states that if the federal decennial census is unavailable, the state legislature can determine “another basis” by which to redraw the maps.

In other words, Ohio could rely on other available data rather than the 2020 Census, according to Katy Shanahan, state director for All on the Line Ohio. Shanahan leads a left-leaning advocacy group pushing for a fair mapmaking process that is free of gerrymandering — the deliberate crafting of legislative maps which favor one political party over another.

Shanahan said an example of alternative data used could be the American Community Survey, which is also conducted by the U.S. Census Bureau and was last updated in 2019.

The new Ohio redistricting process requires there to be public hearings so that regular citizens can view the maps and provide input before officials vote on them. Similarly, the process allows time for the Ohio Supreme Court to hear any legal challenges to the maps once they are voted upon.

But Michael Li, a redistricting expert and legal counsel with the Brennan Center for Justice, said there may be ramifications to these delays.

In practical terms, this means that redistricting now will take place in October or November & in special sessions in most states (which are often rushed affairs more prone to abuse) and that there will be less time to challenge bad maps in court before the 2022 cycle starts. 2/

Shanahan said despite these delays there should be no cutting corners when it comes to making sure this is a transparent redistricting process.

There is plenty that the political parties can do to begin preparing even without this census data — such as educating voters on what to expect (especially now with the delays) and figuring out the best way to receive public input.

An Ohio Legislative Task Force on Redistricting, Reapportionment, and Demographic Research includes six members from both the Ohio House and Senate. There are four Republicans and two Democrats on the task force, with each party having a co-chair.

Sykes issued this statement on Friday about the census data delay:

“This is a disappointing setback for Ohio where we are ready to put our new map-drawing reforms to work and need reliable counts of Ohioans to do so. That’s why it’s more important than ever that the Legislative Task Force on Redistricting meet to receive public input and share information as is our duty.

“The fact remains that regardless of when the data arrives, we need to be ready to deliver on the promise of fair districts. I again urge my co-chair to convene the Task Force and release the funds so we can begin the work of bringing fair districts back to Ohio.”

Sykes has also requested that McColley agree to allocate funding for the caucuses to begin preparing for the redistricting work. Allocating this funding requires approval from both task force co-chairs. Sykes sent a letter to McColley dated Jan. 29 requesting the funding so that both parties’ caucuses could “get ready for the work ahead.”

Sykes told OCJ he has not responded to the letter.

The Ohio Capital Journal left messages Friday with McColley’s office requesting comment about the census delay; asking if the senator has plans to agree to convene the redistricting task force in the near future; and asking if there is a timeline in place to allocate this funding. 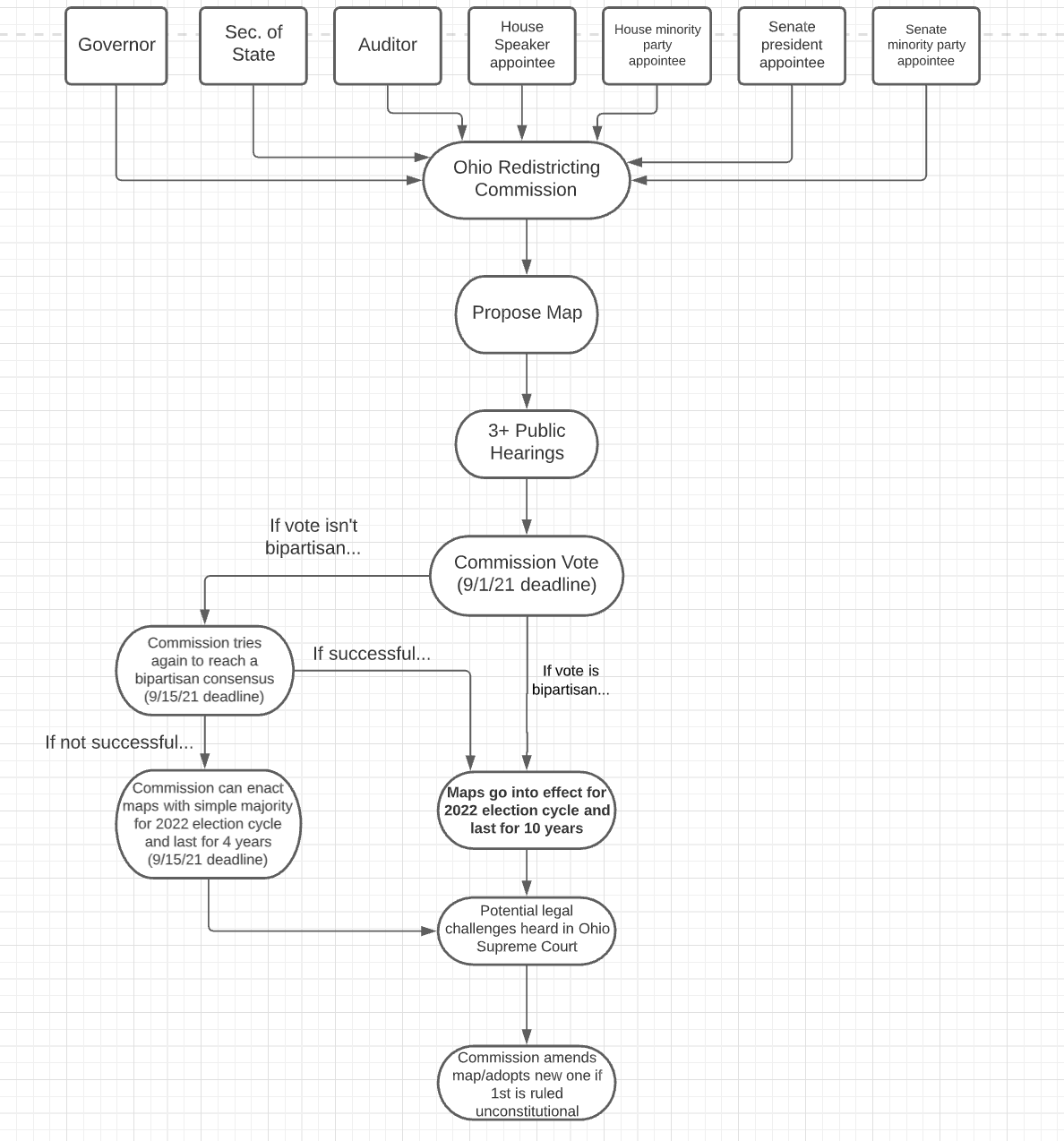 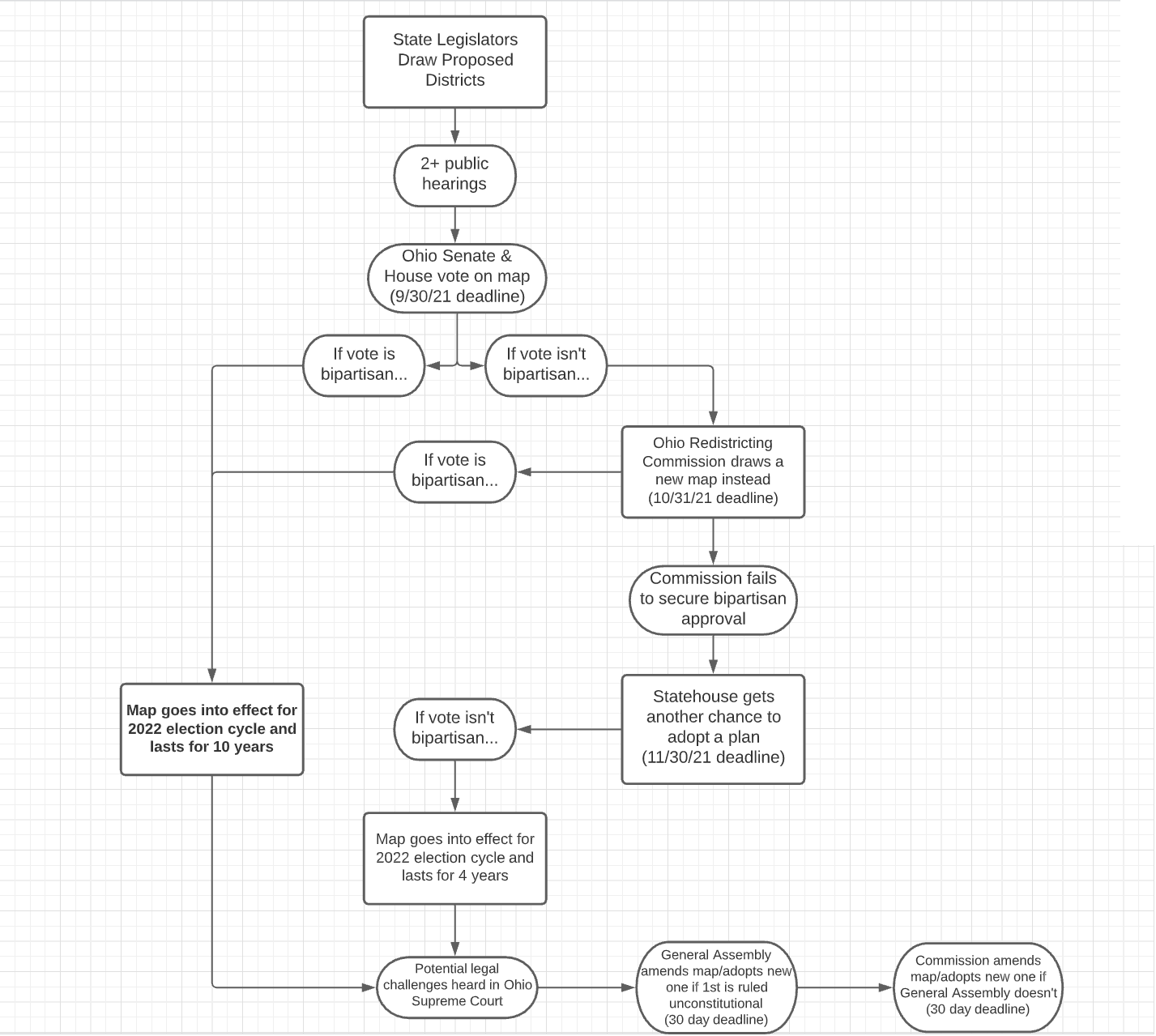