Subcommittees on K-12 and higher education are beginning their discussions on the new operating budget this week, and they have plenty of budgetary information to look at, including declines shown in the January budget report.

As they look to the future of funding colleges and universities in the state, the Office of Budget and Management gave a look at last month’s disbursements, and year-to-date funding disbursements that were below estimates.

According to the most recent OBM monthly budget data report, January disbursements for higher education was 3.9% below estimates, a total of $7.2 million less than the month before.

On the year, higher education institutions received 1.2% less than the year before, and compared to January 2020, they received 11.5% less in disbursements last month.

The executive budget proposal increases the state’s share of instruction, the main source of direct state aid colleges and universities receive, by 1.8% over the biennium “to maintain quality and provide support services.”

The House Finance subcommittee on primary and secondary education has the operating budget as the only measure on the agenda for its meeting, scheduled for Thursday morning.

They will look at the governor’s proposals to disburse more than $13 billion through fiscal years 2022 and 2023, including $1.1 billion in student wellness services.

DeWine’s budget proposal adds $125 million in foundation funding that were taken away during pandemic budget cuts.

In January, the OBM reported disbursements of $7.2 million to the Ohio Department of Education, nearly 1% below estimates for the month.

The OBM report said early childhood education has been shifted away from the general revenue fund, and the EdChoice and transportation drops were due to offset payments and overspending on transportation in December.

“The below-estimated spending was partially offset by the above-estimated disbursements for the Foundation Funding line item as the College Credit Plus payment to colleges for the summer and fall 2020 terms was above estimate,” the report stated.

The primary and secondary education subcommittee also has a bill overhauling the funding formula for the state’s public school system on their desk to be considered during this General Assembly.

An overhaul of that formula would change the sources and methods of disbursement to schools, releasing some of the burden on property taxes, and creating a payment system that goes more directly through the state.

State aid to the schools through the foundation funding totaled $715.1 million in January, $8 million above estimates, according to the OBM. But disbursements were 6.2% less than January of last year, accounting for a $50 million loss. 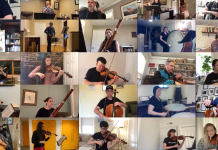 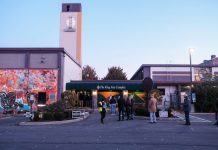 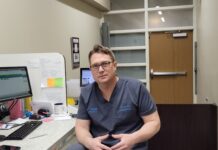