One might think that Gov. Mike Dewine would want to clean house at the Public Utilities Commission of Ohio.

In 2019, his first year as governor, he signed a $1.3 billion utility bailout law that federal prosecutors later said was the product of the biggest political bribery and money-laundering scheme in Ohio history.

He also appointed a man to chair the state’s utility regulator who had just taken a $4.3 million payment from FirstEnergy, the company that spearheaded the effort to pass the corrupt bailout. Once on the job, PUCO Chairman Sam Randazzo, who has denied wrongdoing, acted more as an energy lobbyist than as a regulator as he tried to save FirstEnergy millions, according to text messages among FirstEnergy’s top executives.

And, in the years just before the bailout scandal, the PUCO granted FirstEnergy a $164 million-a-year rate increase, supposedly to upgrade its power grid. A subsequent audit said it was impossible to tell how the money was spent, so auditors couldn’t tell if it was part of the $61 million used to pass the corrupt bailout.

But instead of cleaning house at the embattled regulator, DeWine is reappointing a commissioner who apparently did little to ensure that FirstEnergy used the extra money improving the electrical grid.

“The Governor reappointed Commissioner (Daniel) Conway because he has shown himself to be fair and judicious in his role on the PUCO,” DeWine Press Secretary Dan Tierney said in an email. “Prior to his initial appointment by Governor (John) Kasich, Commissioner Conway represented both ratepayers and utilities.”

But during his service, Conway has voted with a commission that seems to have been pretty friendly to electric utilities, including scandal-plagued FirstEnergy.

A former utility lawyer, Conway has been on the PUCO since April 2017. Six months earlier, the commission allowed FirstEnergy to increase rates for a purpose that was dressed up as modernizing the power grid.

But the language regulators used in allowing the huge revenue increase was slippery.

We “recognize that the (subsidiaries) and FirstEnergy Corp. may use revenue from Rider DMR to indirectly support grid modernization investments …,” the filing allowing the rate hike said. “Such steps should lower the cost of borrowing the funds needed to invest in grid modernization and may include reducing outstanding pension obligations, reducing debt, or taking other steps to reduce the long-term costs of accessing capital.”

To a lot of people, that might seem like a pretty big loophole; allowing a big electric monopoly to charge hundreds of millions more supposedly to modernize the grid and then allow it to spend the money in any way that might improve its credit rating. But in August 2017, Conway and his fellow commissioners signed off on an order saying they were confident that PUCO staff would make sure FirstEnergy would use the funds to ultimately modernize the grid.

“The commission is fully capable of making such an assessment and such a review will provide further protection to FirstEnergy’s customers and ensure that customers are indeed benefiting from these grid modernization initiatives,” the order said.

It appears that never happened.

A mid-term audit by Oxford Advisors in June 2019 said that FirstEnergy was putting funds from the new charge on Ohio ratepayers into a pool of money from which any of the corporations’ regulated subsidiaries — including those outside of Ohio — could borrow.

Giving money to out-of-state utilities might not seem a good way to update FirstEnergy’s grid in the Buckeye State, but FirstEnergy justified the practice by saying, it “put the companies in a stronger financial position to make future grid modernization investments and are available to be used indirectly in support of grid modernization,” the Oxford Advisors report said.

On June 19, 2019 — five days after the Oxford Advisors analysis was filed — the Ohio Supreme Court slapped down the rate hike, saying the PUCO failed to look out for FirstEnergy customers. The court ruled that the increase “does not qualify as an incentive under (applicable law) and the conditions placed on the recovery of Rider DMR revenues were not sufficient to protect ratepayers.”

The commission repealed the rate increase shortly after that.

But a follow-up audit published in January drew some damning conclusions about the PUCO’s efforts to ensure the millions in extra fees collected from ratepayers went for their intended purpose.

“FirstEnergy did not track any spending directly related to Rider DMR revenues because it was not explicitly required by the enabling regulation,” the audit, by Daymark Energy Advisors, said.

Worse, perhaps, it found that FirstEnergy staff was not very familiar with the specifics of the rider that allowed them to charge $164 million more a year — and it appeared that grid modernization wasn’t very high on the company’s list of priorities.

“Although there have been changes to personnel and their responsibilities since (the rate increase), the overall lack of knowledge suggests that grid modernization was not a well-communicated priority,” the audit report said.

If that’s actually the case, it could mean that grid modernization was only an excuse the regulated monopoly used to charge more and that the regulator allowed it to happen. On Friday, FirstEnergy said it followed the regulations set down by the PUCO.

“FirstEnergy believes we have followed the rules established by the PUCO regarding Rider DMR implementation,” spokesman Mark Durbin said in an email. “We intend to address the audit report when we file comments with the PUCO in this matter.”

What did Conway do to protect costomers? 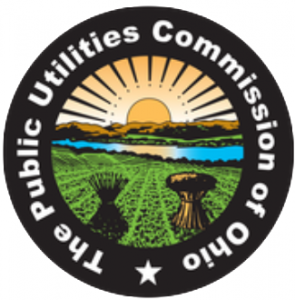 A PUCO spokesman was asked what, if anything, Conway did to fulfill the commission’s promise that the $460 million FirstEnergy collected under the rate increase would be “used, directly or indirectly, in support of (Ohio) grid modernization.”

“The Commission is a 5-member body that can only act with the majority of a quorum,” PUCO spokesman Matt Schilling said in an email. “It does so through its written opinions and orders.”

Schilling provided links to commission orders ending collection of the rate increase once the Supreme Court declared it illegal.

But even though the charge was struck down by the Supreme Court, the PUCO ruled against refunding the$460 million. It said that would violate a legal doctrine saying that once set, rates can’t be retroactively revised.

In 2014, before he was a PUCO commissioner, Conway was working as a lawyer for AEP, another enormous, Ohio-based utility. He joined a friend-of-the-court brief stressing the sanctity of the rule that once rates are set, refunds or increases can’t be ordered later. The brief urged the Supreme Court to respect “the important role these rules of law play in ensuring that public utility rates in Ohio are predictable and stable and that public utility rate regulation remains a legitimate legislative function.”

In a November settlement with consumer groups, FirstEnergy agreed to disgorge $300 million as excess profits. But the utility commission continues to resist claims by lawmakers and watchdogs that funds collected from improper increases would be refundable if the commission would simply make that stipulation part of the rate hike.

Despite Ohio’s regulatory failures, Gov. DeWine insists the state’s utility consumers are getting a good deal and will continue to do so with Conway extending his tenure on the PUCO.

“Ohio has a reputation for affordable, reliable utility service,” DeWine spokesman Tierney said. “Commissioners like Commissioner Conway who are fair and judicious help ensure consumers and other parties all get fair consideration before the PUCO.”

Asked whether his group considered the Ohio utility environment to be good for business, Ohio Manufacturers’ Association President Ryan Augsburger pointed to a statement he made in 2017 when his group challenged the FirstEnergy rate increase in the first place.

“It is apparent to our members that this rider is just another above-market charge that customers are forced to pay to subsidize an unprofitable and unregulated power generation company,” he said. “The rider will increase customer’s power costs, jeopardizing Ohio’s manufacturing competitiveness.”