Both regressive tax systems and inflation hurt working families the most

Inflation hurts the people who make the least money the most, as do supply-side, regressive tax systems. So the wailing over inflation by wealthy politicians refusing to help hungry families and burdening them with regressive taxes while giving hand-outs to the rich, rings pretty hollow.

This is why seniors on fixed incomes are being devastated by the food economy right now and face enormous hunger problems. With income and expenses fixed, their food budgets are the only wiggle-room they’ve got, so they’re forced to buy less and lower-quality food, and go hungry.

Meanwhile, renters face jacked-up prices and lower-income Americans have to dip into meager savings to pay their bills, while wealthy Americans simply diversify and shuffle around their portfolios, to weight their investments toward more inflation-protected bonds and commodities, and stocks that rise with inflation. They also use inverse ETFs, short positions on individual stocks, and put options for capitalizing on short-term declines in stock prices.

This all gets complicated very quickly so let’s just put it this way: The wealthy have many options to protect themselves and their investments from the harms of inflation — and even enjoy some good opportunities to grow their wealth during these times — but lower- and middle-income families get to feel every second of the pinch in full force.

In a supreme irony, while inflation is driven by a multitude of factors, including, primarily, pandemic-caused global supply chain problems and Putin’s war, one of them is the “wealth effect” of rich people feeling flush and spending big.

As even the American Enterprise Institute puts it, “By far the biggest share of the extra outlays on the likes of new cars, home improvements, and laptops comes from America’s top income tiers.”

This, they wrote, is “a leading, and widely ignored, force in driving inflation.”

“Put simply, the well-to-do, hugely compensated Americans contributing greatly to soaring prices is the class least damaged by the rampant inflation… Instead, the big inflation partly spawned by the highly paid takes its stiffest toll on low-income Americans.”

Here’s the thing though: This is the case all of the time, not just during acute inflationary periods.

As the costs of things like health care, child care, elder care, and higher education have skyrocketed over the past decades, lower- and middle-income families hurt while the rich just keep stacking.

As this has happened, wealth and income inequality has exploded into what some call a new Gilded Age, but the disparities and problems are far larger than the actual Gilded Age.

Most Americans are aware there is large wealth and income inequality, but they vastly underestimate the size and scope of it. And it’s enormous. Almost unfathomable.

Nevertheless, states like Ohio use an over-reliance on regressive sales taxes that press lower- and middle-income families while slashing the tax burden for well-off families and wealthy corporate interests.

A Pew report out June 10 shows Ohio government gets 41.2% of revenue from general sales taxes and another 22.5% from selective sales taxes (alcohol, tobacco, gasoline, utilities). That’s a combined 63.7% of revenue coming from sales taxes while 30.5% of revenue comes from personal income taxes, 5.8% from the purchase of various licenses, and 0.2% from severance taxes on fossil fuel and natural resource extraction.

The richest 1% of Ohioans contribute an average of nearly $51,000 per year less in state tax revenue than they did 17 years ago, according to a report this year by Policy Matters Ohio. All Ohio’s tax cuts combined have created an annual loss of $8 billion in revenue in that time, the report shows.

The study shows that the 60% of tax filers with lowest incomes pay higher taxes than they did before 2005, and that since 2005, 76% of the total value of all personal income tax cuts has gone to the wealthiest 20% of Ohio households; 31% to the richest 1%.

How has Ohio’s Republican-led government made up for this loss in revenue?

Between 2006 and 2018, local governments lost $1.4 billion a year, adjusted for inflation, through cuts in state aid and loss of local tax revenues reduced or eliminated by the state, Policy Matters has found.

Now Ohio Republicans are proposing to abolish income taxes in Ohio entirely over the next 10 years.

Alaska, Florida, Nevada, South Dakota, Texas, Washington and Wyoming have done so. If you look at their data in the Pew report, while Alaska and Wyoming enjoy large severance tax revenue, every other one of those states relies heavily on sales taxes: Florida, 77.5%; Nevada, 80.5%; South Dakota, 82.9%; Texas, 86.6%; Washington, 73.6%.

A 50-state analysis by the nonpartisan Institute on Taxation and Economic Policy found that the lower one’s income, the higher the effective overall state and local tax rate.

“It’s a common (belief) that states without income taxes are universally lower-tax states,” an author of the study said. But “the reality is that low-income people living in Texas (which has no personal income tax) pay much higher taxes than they would if they lived in a so-called higher tax state like California or New York.”

Nationally, the people in the bottom 20% of earners face an effective state and local tax rate that is 50% higher than the top 1% of households, the study said.

But Ohio legislative leaders have said they’ll offset loss of revenue from eliminating the income tax by raising sales taxes and cutting government.

So this means working families will hurt the most as — just like during inflation — they pay more money at corner stores, restaurants, retail chains, grocery stores and everywhere else.

And in return? Lawmakers are promising to slash government services.

This is afflicting the afflicted with higher effective taxes and less local services, protections and resources, while comforting the comfortable with windfall tax breaks that allow them to spend more and make inflation worse.

They argue that giving huge handouts to people and corporations at the top will help all of us, but Ohio’s privatized corporate welfare arm JobsOhio has spent more than $1 billion since 2015 and produced middling results at best, by its own preferred metrics. 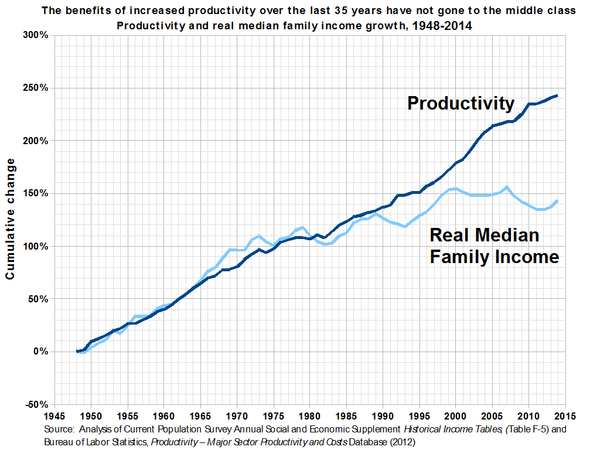 We have every bit of empirical evidence we need showing that 40 years of “trickle down economics” has done nothing but explode financial inequality and exacerbate all the problems wrapped up in it: health care, education, transportation, food insecurity, addiction, and indeed, public corruption.

So I’m not interested in the inflation crocodile tears of well-off politicians pretending they care deeply about the struggles of the families they’ve been squeezing for decades with regressive tax systems. Nobody wants or chooses inflation, but they want and choose regressive tax policies.

Talking about cutting taxes is good politics, but the real game is about which taxes they’re cutting, for whom, and by how much.

They support slashing income taxes and cutting corporate taxes down to the bone, to help those at the top, but they don’t support the child tax credit or ending this regressive over-reliance on sales taxes, to help everybody.

They’re cutting taxes for themselves and their friends, not everyday Ohioans.