The following article was originally published on News5Cleveland.com and is published in the Ohio Capital Journal under a content-sharing agreement. Unlike other OCJ articles, it is not available for free republication by other news outlets as it is owned by WEWS in Cleveland.

It took Mindi Axner three-and-a-half years, at least one miscarriage and surgery before she became pregnant with her twins.

“We call them our miracle babies – even at 19 years old,” Axner said. “We feel incredibly fortunate every day.”

Axner thanks her doctors and in vitro fertilization, or IVF, for Emily and Sam.

“I am devastated to hear that this is being considered an option to remove,” she added. “My heart would break for [parents seeking IVF] because if it weren’t for this option, the chances of us having kids today would probably be very unlikely.”

House Bill 704, sponsored by state Rep. Gary Click, a Republican from Vickery, would recognize “personhood” from the moment of conception.

Physicians like OB/GYN Dr. Thomas Burwinkel fear the end of their medical practice.

“The definition of ‘unborn child’ contained in the bill leaves us to question if discarding unused embryos would be considered a criminal act,” he said.

Burwinkel testified against H.B. 598, a total abortion ban, which has similar language in the bill. His team told News 5 that it applies to this bill, as well.

Most embryos created for IVF specifically will not survive to be implanted, Burwinkel said.

Some of the embryos are non-viable and thus discarded. Under this bill, that could be considered an abortion, Burwinkel said.

“Our IVF practices are having enough difficulties finding trained embryologists and physicians to work with us,” he said. “If the risk of going to jail is possible doing your daily job functions, are you going to work in Ohio?”

There will be a “chilling” impact on Ohioans if they have to transfer multiple embryos, he said. This would lead to triplet, quadruplet, quintuplet or more pregnancies.

“These patients would not have the option under this bill to make these very high-risk pregnancies safer through the use of selective reduction,” he said, referring to the medical procedure used to reduce the number of embryos to a number that is safer for a woman and her fetuses.

Since the bill is so new, Jerry Freewalt of the Catholic Conference of Ohio said the group is still evaluating if it wants to support it.

“We support laws that will protect human life from the moment of conception,” said Brian Hickey with the Catholic Conference of Ohio. “We don’t know the implications of this bill.”

Hickey added, “We also support legislation, new legislation that will strictly help mothers and families and children from the moment of conception all the way until they’re grown adult.”

Opponents have argued that if this bill were to go into place, the least Ohio could do is give child support or tax credits when in conception.

Right now, Axner is more concerned with future laws governing her and others’ bodies.

“Starting with Roe v. Wade and now the definition of personhood and now this next step — trying to restrict IVF,” she said. “I don’t think any area is without concern of being impacted. ”

She has concerns about the bill sponsor’s credentials, she said.

“I think that we have to look at certainly why this is coming forward, why somebody in this capacity without the proper skill sets and the proper knowledge of what this means is to be making decisions for women and couples, to tell them what they can and can’t do based on a limited scope of his religious views, without looking at the medical implications, without looking at the larger picture of individuals and having their own rights,” Axner said.

Click, a pastor, got a degree in Religious Education from Midwestern Baptist College, an unaccredited liberal arts school in Michigan.

His religion is playing into his recent bills, Axner said, citing a News 5 story about Click from Tuesday. He also has introduced a bill that would severely limit healthcare for transgender youth.

See the chart at right. 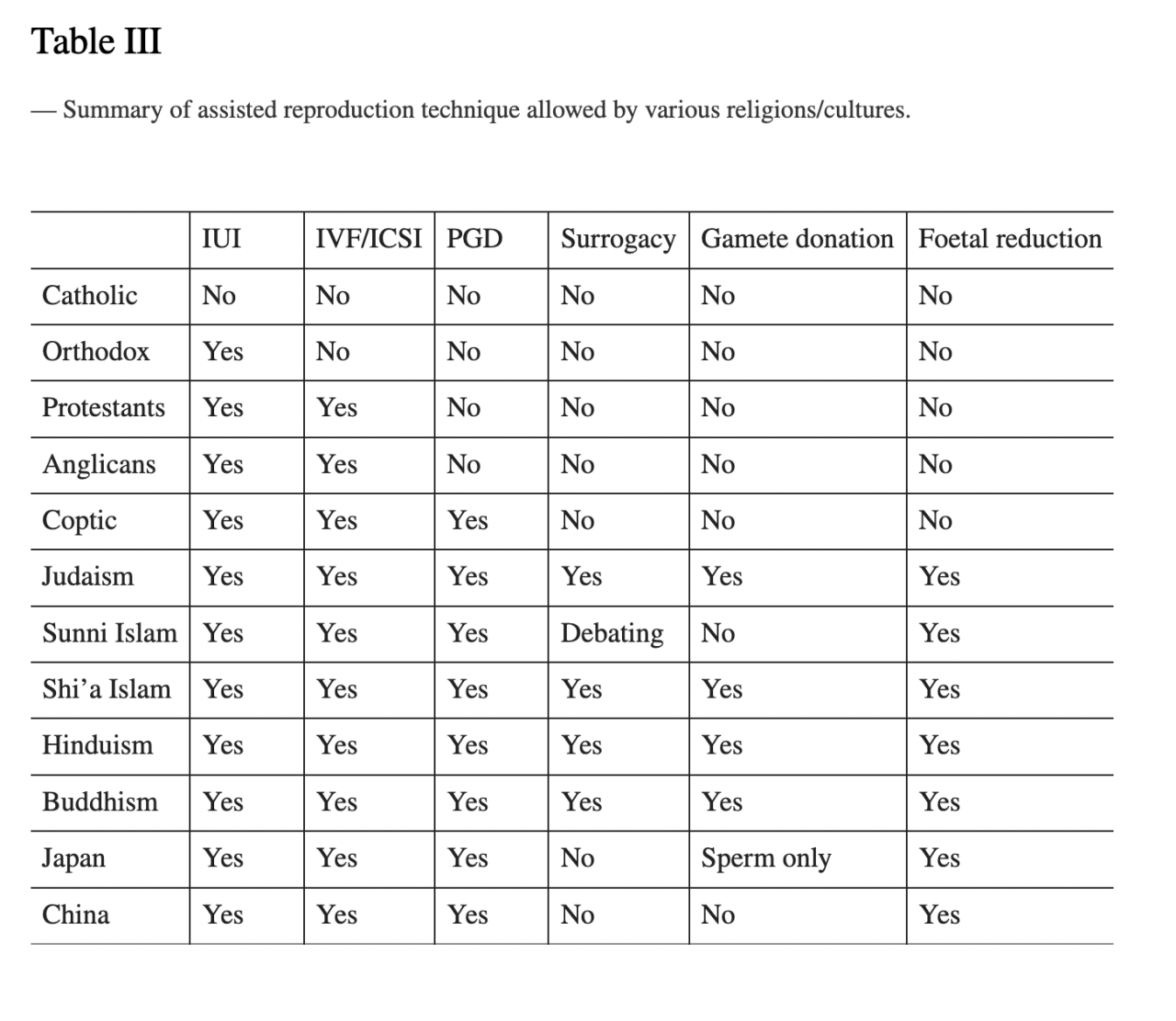 “I actually talked to religious individuals within my faith even before going that route, and it is completely acceptable from a Jewish perspective,” Axner said.

Religion continues to be an element of the discourse surrounding reproductive health.

“These beliefs are neither Jewish nor are they respectful of the right of Jewish people to practice our religious values in accordance with Jewish law,” Sharon Mars, senior rabbi at Temple Israel Columbus, said during testimony at an abortion ban hearing.

Now, members of the Jewish community are coming together to tell the Ohio Supreme Court that the six-week abortion ban violates their religious freedom.

Although it hasn’t been fully drafted, Religious Action Center of Reform Judaism said its Ohio branch (RAC-OH) is working with other Jewish groups on filing an amicus brief, jumping onto the ACLU and Planned Parenthood’s original lawsuit to share their agreement.

“To see Republicans like Mike DeWine, J.D. Vance, like Republicans at the statewide level and the local level, telling me that other religious beliefs, it feels like, are more valid — it just feels so sad and it feels so wrong,” Marisa Nahem, a Jewish woman told News 5.

News 5 reached out to Click with over a dozen questions, ranging from if this bill would impact IVF, to if this would impact birth control, to if abortion at any point would be considered murder.

He didn’t answer them, said to read an op-ed of his that has not yet been published and tweeted about about our attempt to ask him for more information, in the course of which he cited a question that was not asked.

Morgan Trau is a political reporter and multimedia journalist based out of the WEWS Columbus Bureau. A graduate of Syracuse University’s S.I. Newhouse School of Public Communications, Trau has previously worked as an investigative, political and fact-checking reporter in Grand Rapids, Mich. at WZZM-TV; a reporter and MMJ in Spokane, Wash. at KREM-TV and has interned at 60 Minutes and worked for CBS Interactive and PBS NewsHour.

“God, no, not another case.” COVID-related stillbirths… by Duaa Eldeib, ProPublica August 10, 2022
They called 911 for help. Police and prosecutors used a new… by Brett Murphy, ProPublica January 3, 2023
Why in vitro fertilization is at risk in Ohio by MD Sitzes August 26, 2022