Why you should be paying attention to Ohio Supreme Court races

Courtesy of the Ohio Supreme Court

The following article was originally published on News5Cleveland.com and is published in the Ohio Capital Journal under a content-sharing agreement. Unlike other OCJ articles, it is not available for free republication by other news outlets as it is owned by WEWS in Cleveland. 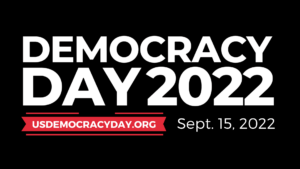 The Ohio Supreme Court sprung into the national spotlight during the now-going-on-one-year redistricting battle. But the court is much more than just that, which is why advocates are urging voters to care about the open seats.

With three seats available this November, Democratic voter Barbara Freidman Yaksic said it is essential for voters to use their voices to elect progressive candidates to the court, so they don’t need to rely on a Republican justice to side with fairness.

“There is no honest and open and full debate because Republicans can ram through whatever they want,” Freidman Yaksic said. “That’s not how our democracy is supposed to work.”

Republican voter John Tamburello agrees the court needs to be fair, saying if voters elected a Republican justice, that justice should reflect their views.

“A rogue, very rogue current Supreme Court with their redistricting, they caused so much chaos with what they did,” Tamburello said.

Chief Justice Maureen O’Connor, a Republican, had crossed party lines and consistently sided with the Democratic justices on redistricting, upsetting her party. In the end, a federal court sided with the Republicans — overruling the high court.

As the redistricting battle showed, the legislature was able to ignore and override the decisions and orders of the Ohio Supreme Court, and voters have asked whether these judges ultimately matter. Jonathan Entin, a constitutional law expert and professor at Case Western Reserve University, adamantly said yes.

“The Ohio Supreme Court is the final word on almost every question of Ohio law,” Entin said.

The court is normally listened to, he said. Plus, it is the most powerful branch of the state, allowing the justices to decide on abortion laws, gun access and housing issues.

There are a few major issues that could be drastically altered depending on the makeup of the court.

The Ohio Redistricting Commission (ORC) continually passed maps that were struck down as unconstitutional by the Ohio Supreme Court.

The Ohio Supreme Court rejected legislative maps for being unconstitutional and gerrymandered for a fifth time in May. In the bipartisan majority statement, O’Connor said the Republicans “engaged in a stunning rebuke of the rule of law” by refusing to create legal maps.

The House map has a 54-46 GOP advantage, Entin said. The Senate has an 18-15. Nearly 20 of the Democratic House districts and about 10 in the Senate are considered political toss-ups. None of the Republican districts are.

The defiance of the court made Democrats and progressive voters angry, saying the excessive gerrymandering was disenfranchising voters and cheating the system.

The Republicans on the commission did not want racial data taken into account, because that would be a violation of federal law, according to Senate President Matt Huffman.

“Probably from the perspective of the law, it is really kind of unconstitutional to look at race as a part of the factor to make decisions, but things have changed,” Geography Professor at Ohio State University Dr. Ningchuan Xiao said. “The Voting Rights Act, actually because of that act, the Supreme Court actually allows certain states to design districts now to focus on race.”

Democrats also allege that numerous candidates were specifically drawn out of their districts due to being a competitor for the Republican candidate or for angering the GOP.

One OCJ/WEWS exclusive showed an Ashtabula candidate getting drawn out of her district, despite her property being in it, and being forced to withdraw after winning her primary.

RELATED: Democratic House nominee in Ohio drawn out of district by a few feet, must withdraw from race

This redistricting mess is still an ongoing issue.

The Ohio General Assembly was supposed to redraw congressional district maps and then the ORC was supposed to move on it, but the August deadline came and went with no action.

Republicans have denied all of the claims of corruption by the Democrats.

What is the benefit of waiting? Having a Republican-dominated U.S. District Court decide, but that isn’t all.

“One possible explanation is that [the Republican members of the ORC] were trying to run out the clock this year knowing that there would be at least one new justice next year who could make a difference in what the court would wind up doing with the maps,” Entin said.

Arguably the most time-pressing issue at this point, the Ohio Supreme Court gets to decide if abortion laws are constitutional or not.

Democrats want the court to rule that the six-week ban is a violation, but right now, it’s highly likely they don’t have the votes. Republicans want to keep the law in place, so they want to keep their majority power.

In fact, the court just dismissed a case about the current six-week abortion ban. This was a request by abortion providers, who said Ohio’s highest court was taking too long to discuss it.

Now, a state court in Hamilton County is taking over. This could lead to the law being blocked while it is under review.

There are numerous bills in the General Assembly that would critics say discriminate against the LGBTQ+ community and keep those individuals from getting health care and representation in schools.

The Save Adolescents From Experimentation (SAFE) Act, H.B. 454, would ban gender-affirming care for LGBTQ+ minors. This includes hormone blockers, hormone replacement therapy (HRT), surgical procedures and potentially mental health services. This bill would also force school counselors to tell parents if the student is even considering their gender in a way that is deemed “non-conforming.” An OCJ/WEWS investigation revealed the lawmaker who proposed it believes transgender people “become trans” from being “groomed.”

There is also Ohio’s version of Florida’s “Don’t Say Gay, Don’t Say Race” bill, as it is called by educators, activists and Democrats, since it explicitly controls and curbs discussion on sexuality or gender in schools. This could range anywhere from mentioning a relative who is gay to conversations in AP courses about queer activists.

These bills, in combination with anxiety around the U.S. Supreme Court and their beliefs on LGBTQ+ rights, could make the seven members of the Ohio Supreme Court more important than anyone in the state.

Lawmakers are worried other rights may be in jeopardy after SCOTUS overturned Roe v. Wade, ending protections for abortion.

In a concurring opinion, Justice Clarence Thomas argued that SCOTUS should also reconsider landmark cases such as the right to marry someone or engage in private sex acts with someone of the same sex. In addition, he also suggested looking into birth control decisions.

The U.S. House decided to move on this in July. The Respect for Marriage Act would make sure that every legal marriage would be considered legitimate and would prohibit any state from discriminating against same-sex couples married in other states.

The bill would repeal the Defense of Marriage Act, which only recognized marriages between one man and one woman. This federal law from the 1990s was struck down after the Supreme Court ruled on Obergefell v. Hodges in 2015. The court ruled that same-sex couples in the U.S. have the same right to marry as different-sex couples.

If the Supreme Court was to overrule Obergefell, Democrats are worried that the Defense of Marriage Act could go back into place for the states that hadn’t already legalized same-sex marriage. This act would also make sure interracial marriages were kept legal, as well.

In an OCJ/WEWS exclusive, U.S. Senator Rob Portman (R-Ohio) feared the marriage equality act he is cosponsoring doesn’t have the votes to pass the Senate.

Democrats want to keep rights for the LGBTQ+ community and don’t want to limit trans youth from health care or force any middle or high school girl to have a mandatory genital examination if she is “accused” of being trans, but some Ohio Republicans have shared different beliefs.

There are dozens of other issues, including tort liability, worker’s compensation and consumer protections.

If you feel your vote doesn’t matter

There’s reason to be cynical about a lot of things in politics, Entin said, but if voters are completely cynical about everything, people who have nothing but an axe to grind are going to dominate the whole process, get their way and everyone will be worse off for it.

“Ohio politics isn’t reassuring,” he added. “But on the other hand, there are a lot of places where politics is pretty discouraging and to some extent, if people give up, then that’s what we’re going to get.”

Voter suppression is real, and so are gerrymandered districts, he added. That being said, there are some positions that don’t rely on districts — such as statewide races like U.S. Senate, governor, attorney general and, of course, the Ohio Supreme Court.

“These three seats are so very important to the freedom of Ohio at just about every level,” Tamburello said.

“If you want representatives that reflect your views, then you need justices on the Ohio Supreme Court that will enforce those constitutional amendments,” she said.

Justices are supposed to be elected as nonpartisan candidates, but for the first time, the candidates’ party affiliations will be listed on the ballot. This could help people vote with more than just name recognition and provides transparency for the ballot, each voter said.

Nothing with ever be “magical” in a political system, but voters get the kind of government they deserve if they give up, Entin said.

“If we participate, if we try to get the best government we can, maybe we get a good government,” he said. “Maybe we won’t, but you can’t win if you don’t play.”

Why you should be paying attention to Ohio Supreme Court races

Morgan Trau is a political reporter and multimedia journalist based out of the WEWS Columbus Bureau. A graduate of Syracuse University’s S.I. Newhouse School of Public Communications, Trau has previously worked as an investigative, political and fact-checking reporter in Grand Rapids, Mich. at WZZM-TV; a reporter and MMJ in Spokane, Wash. at KREM-TV and has interned at 60 Minutes and worked for CBS Interactive and PBS NewsHour.