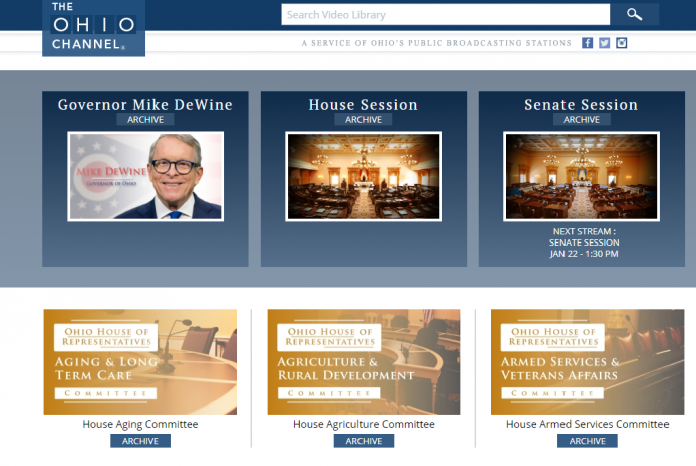 Committee hearings in the Ohio Senate will be streamed live going forward and available for viewing afterward, the chamber’s leadership announced this week.

The Senate joins the Ohio House in broadcasting these committee hearings, along with the chambers’ sessions, both online and on TV.

Hearings will be broadcast live by the Ohio Channel on OhioChannel.org and PBS stations. An archive of these public meetings is available online, Senate President Larry Obhof, R-Medina, and Senate Minority Leader Kenny Yuko, D-Richmond Heights, said this week.

“We believe in increasing access to your elected officials and providing transparency to state government proceedings,” Obhof said in a statement, “and live coverage of our committees is another way for us to bring the Statehouse to the people.”

Yuko said the “Statehouse activities will be more accessible to Ohioans than ever.”

The Senate has 14 committees and the House has 20 committees, all which meet regularly for hearings on proposed pieces of legislation. Lawmakers often hear testimony from supporters and opponents to various bills, and it is in committee session when much of the debate surrounding a bill is heard.

All statehouse committee hearings will now be taped. Here’s how to watch them.