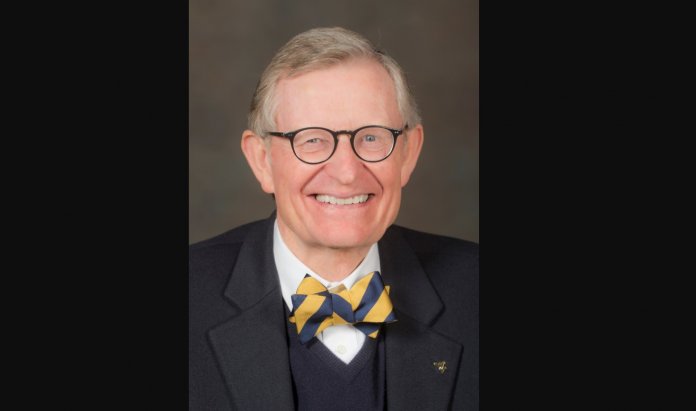 Former Ohio State University President E. Gordon Gee, who is now president of West Virginia University, wants to “dance with the pandemic rather than be fearful of it,” when it comes to college athletics, CBS News is reporting.

The comments came as the NCAA Council was slated to vote Wednesday whether to allow on-campus, voluntary workouts for college football.

Whatever the outcome, it seems college football is ready to proceed amid an existing pandemic. That means not waiting for a vaccine and instead relying on enhanced prevention and testing.

“We need to learn to dance with the pandemic rather than being fearful of it,” West Virginia president Gordon Gee said. “We have moved from ‘The Hammer,’ which I call where we just locked everything down, to what I call ‘The Dance.'”

"We need to dance with the pandemic rather than be fearful of it," West Virginia prez Gordon Gee going into today's NCAA Council vote to (possibly) bring back voluntary on-campus workouts. https://t.co/6zqZtJaOYg

In December 2012 Gee made offensive anti-Catholic statements. Gee said that the University of Notre Dame should not be added to the Big Ten:

“I negotiated with them during my first term and the fathers are holy on Sunday and they’re holy hell on the rest of the week. You just can’t trust those damn Catholics on a Thursday or Friday.”

On March 11, 2013, Ohio State University trustees sent Gee a letter complaining that he had embarrassed the school with his comments. On June 4, 2013, Gee announced his retirement.